Last summer, when we released our report on the viability of cross-laminated timber in New England, we did not quite imagine how quickly mass timber might begin to take off in our region.

Mass timber supply is coming, with the announcements six months ago of two companies bringing CLT plants to northern Maine and a third entrepreneur actively seeking investors for a site in western Massachusetts. The state of Maine made grants to attract their factories, and just two weeks ago the Massachusetts legislature authorized $3 million for a plant in the Commonwealth in its annual budget bill.

Now we need buildings. Architects, developers, and contractors from Portland to Boston are showing interest in using mass timber in upcoming projects. But they’re daunted by using a new material, and even by figuring out what a mass timber project might cost.

At NEFF, we’re working closely with one construction company and several developers and architects to conduct exercises in how to price a mass timber structure, including estimating the initial costs of supply and reduced costs in time and labor savings. As the costs of concrete and steel continue to rise, the initial differential for materials may be shrinking. NEFF is working with these and other partners in the region to put numbers to projects to help develop short-term financial incentives that may encourage early adopters to get underway.

At the same time, we’re keeping an eye on the forests and on how these projects can truly help mitigate climate change. Our modelers in Maine are conducting a Life Cycle Analysis of the carbon sequestration potential of a mass timber building, focusing – as no one else has done – on the in-forest impacts of harvesting for CLT and other mass timber products. Our intention is to develop industry standards to maximize the carbon benefits, and forest health, for forests used for this new product.

We intend to bring mass timber on a mass scale to New England – to encourage a forests-to-cities carbon sink, and to do it in a way that serves as a model for the rest of the country and the world. Let’s get some buildings built. Just south of us, a mixed use office tower to be built of CLT in Newark, NJ was just announced a few months ago. Image credit: The Architect’s Newspaper, archdaily.com. 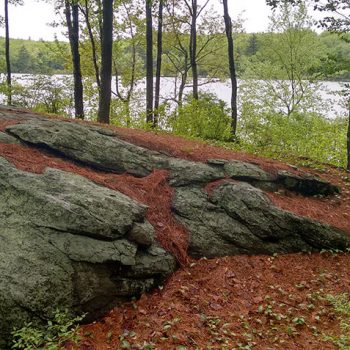