The Story Behind Christian Stroop’s Generous Bequest to NEFF

In June of 2017, Jörg Christian Stroop contacted NEFF at the recommendation of an old friend who was also a NEFF Board of Directors member. Christian wanted to discuss the fate of the Peter Bullock House, which he owned, located in Grafton, New Hampshire.

Grafton is one of those quiet New England towns that the modern economy has forgotten. If one draws a line on a map from Hanover to Concord, New Hampshire, and another from the western White Mountains to Mount Sunapee, then Grafton sits near the crossing of those two lines. It’s a location that allows easy access to all those areas, while staying far enough away to avoid their hustle and bustle.

But in the 1770s, when the Peter Bullock house was built, the main coach road from Concord to Hanover ran right beside the house, which became a prosperous tavern. Built by Hezekiah Bullock, the house eventually came to be known by the name of his son Peter, who ran the tavern and then a farm from his father’s death in 1822 until his own in 1871.

Although the coach road was the height of 18th century civilization, the house from its start featured ties to the forested landscape that surrounded it. The walls in the former tavern room and the front rooms are paneled with wide boards that frame the granite fireplaces. Original wide board softwood floors and hand-hewn beams showcase other gifts from the local forest.

Over its 200-plus years standing beside Bullock’s Crossing Road, the house acquired some other features—buckshot holes in the paneling of the old tavern room speak to rowdier times. Historic photos show porches added and then removed, providing shade and outdoor space when the house was a resort known as Aunt Lottie’s Summer Home. In those days, coaches had given way to a rail line, located a few miles downhill in the valley now occupied by US Route 4. The resort’s eight dollar per night fee included free transport to and from the rail line. Eventually people took to the highway as their primary means of transport, and then even that highway became obsolete with the construction of Interstate 89 about 10 miles to the south. The Peter Bullock house sat—grand, but in gradual decline, ever farther from the flow of modern life.

This was how Christian had found it in 2008, and he set about restoring the property with energy and verve. He cleared the pastures and built fences around them, and had a post and beam barn put up. The woods roads through the 117 acres that surround the house were cleared of fallen trees and made suitable for horseback riding, hikes with his beloved dog, and cross-country skiing.

The greatest attention was saved for the house, however. Working with New England architect Katie Sutherland, he planned a nearly complete rebuilding. The walls were stripped to their framing, the beams and sills repaired, the double-layered original floors translated to a complete and intact single layer, and modern insulation, wiring, and high quality—largely German—infrastructure were added. Christian carefully preserved historic features including some original glass, pocket shutters to protect the inside of some windows, and the gun shot damage to the original tavern room paneling.

But in 2017, even as the house found new life, Christian found that his own life would be cut short. Facing perhaps only months to live, he had to determine what would happen to his land and home. He decided on a planned gift to New England Forestry Foundation. Christian did his research—meeting with NEFF staff and Board members on four separate occasions, including NEFF’s 2018 Annual Meeting, before finalizing his intentions for the gift. In a letter to his lawyer confirming those intentions, he wrote that he hoped NEFF would retain the forest land and “manage and preserve it consistent with NEFF’s organizational objectives and mission.” If NEFF decided to separate and sell the house from the land—as the organization currently plans—the proceeds of that too, he wrote, should be used “to acquire additional conservation land consistent with NEFF’s organizational objectives and mission.”

In December 2018, Christian passed away. Through his generosity and vision, the Peter Bullock House, constructed 200 years ago from the woods of New England, will contribute to the conservation of even more land, allowing NEFF’s Exemplary Forestry greater reach and influence. The forests around the house will remain in NEFF ownership as the Christian Stroop Memorial Forest, as he wished, and like all of NEFF’s Community Forests, will be open to the public for quiet enjoyment.

Someday as you walk the trails on this property, you will find a quiet bench overlooking Mount Cardigan—a view Christian never tired of. NEFF plans to dedicate the bench in the late spring or summer of 2019, just a year after he and I struggled to move a massive grill out of the garage and around to a deck overlooking that same mountain. That way, he explained, in his last few months he could enjoy that view nearly every night.

NEFF staff and Board remember Christian with gratitude, and we will do our best to honor him, and all our supporters, by doing the best for New England’s forests.

NEFF offers many planned giving options, some of which can work with an individual’s tax or estate strategies, and may offer lifetime income to designated beneficiaries. If you would like more information about planned giving or about the Peter Bullock House please contact Penny Flynn at pflynn@newenglandforestry.org. 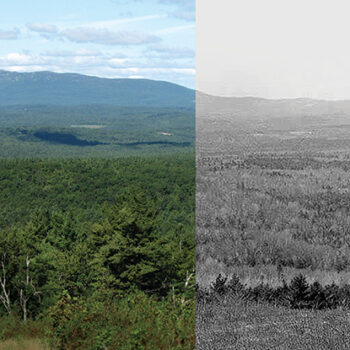 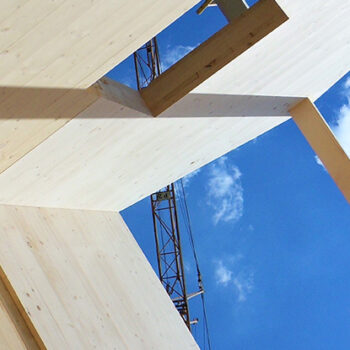