In late January 2019, a pair of sleek Bobcats quietly made their way over snow-covered hills to a frozen pond in far northwestern Massachusetts. One cat paused on the ice, swiveling its head—tufted ears, ruffs and all—as it scanned its surroundings, while the other padded over the ice on sure feet and then wound its way back into the woods, occasionally turning to look back at its companion. After scoping out the area for a few more seconds, the Bobcat on the pond followed the other’s path into the woods as a few snowflakes fell from a gray sky.

Given how notoriously shy Bobcats are around humans, how do we know about this moment? NEFF holds a conservation restriction on Kevin and Nicole Knobloch’s forestland in Charlemont and Rowe, MA, and they and NEFF staff have been working together to place remote motion-activated wildlife cameras at key locations.

In just 45 seconds, this remote footage not only captured a wildlife interaction humans rarely witness in person, but also revealed interesting behavioral information. Bobcats are territorial and largely solitary—except during mating season, when male-female pairs travel together. Most mating takes place in February and March, meaning these particular cats were likely a newly formed breeding pair.

Kevin Knobloch grew up in a rural town that provided him with plenty of opportunities to run around in local woodlands as a child and then later hike in the mountains—which he calls his “natural habitat”—and he arrived at adulthood knowing he wanted to own forestland.

“When I was finally in a position to buy land, back in 2000, I rang up the inimitable Keith Ross at NEFF, who at the time served as Director of Land Protection,” Kevin said.

Keith, whose role is now filled by Will Brune, told Kevin he had seen just the thing: a strikingly beautiful 656-acre parcel in northwestern Massachusetts. Kevin purchased the forest that year, and then immediately took steps to protect it. He placed 608 acres under a NEFF conservation restriction in 2001, and an amendment is underway to fold another 41 acres into the restriction, leaving a few acres available for an eventual home for his daughters along the road.

“I was very interested in the idea of permanently protecting this beautiful forest from the outset because that fits with my values of protecting wildlife habitat, water resources, and open space, as well as spending time in the wild,” Kevin said. “I was impressed by how sensitive NEFF was to the concerns of landowners and how they were open to fashioning a conservation restriction that aligned with my goals.”

As they were growing up, Kevin’s daughters Tor and Molly loved camping and hiking—and often bushwhacking—on the land.  When Kevin and Nicole started dating, one of the first things they did together was go camping at the property, complete with a bushwhacking-to-the-campsite experience.

“On one of our first trips out, we sat down for lunch and a black bear strolled by, entirely unaware of our presence,” said Nicole. “It was clear to us back then that this was a special place where wildlife could still live relatively unimpeded by humans.”

In March 2017, Nicole started working at NEFF as project leader for the Build It With Wood initiative, and concurrently began a Bullard Fellowship at Harvard Forest, where her research focused on large landscape conservation in heavily urbanized Massachusetts. She began thinking about how to assemble a wildlife corridor that would include the Knobloch land, and started to research its habitat status.

NEFF Director of Forest Stewardship Chris Pryor introduced her to OLIVER, a Commonwealth of Massachusetts online mapping service and database that pulls from a variety of geographic information system (GIS) sources, including the state’s BioMap2 report on biodiversity. Under the report, the Knoblochs’ property has been designated as Core Habitat, and plenty of nearby land received the same designation; unlike some nearby land, their property was further classified as part of a 2,900-acre Forest Core, a subset of Core Habitat that covers only 10 percent of Massachusetts’ forests. According to the Massachusetts Department of Fish and Game, “Core Habitat identifies key areas that are critical for the long-term persistence of rare species and other Species of Conservation Concern, as well as a wide diversity of natural communities and intact ecosystems across the Commonwealth.”

Nicole and Kevin felt that between the state’s habitat designation, their property’s sizeable contiguous forestland, and their proximity to additional conserved land—including about 1,400 nearby acres in Rowe’s Pelham Lake Park, private land protected by Franklin Land Trust, and NEFF’s Carpenter Read Memorial Forest—the Knobloch parcel was well suited to being part of a wildlife corridor. They also concluded that helping expand the protected corridor around it was how they could best benefit local wildlife.

They both initially thought they would have to conduct direct outreach with nearby landowners to make progress on the corridor, but it turns out the local Franklin Land Trust is just as motivated to see a corridor come together, and is now coordinating with landowners like Kevin and Nicole while leading efforts in the area.

At about the same time Nicole and Kevin stepped up their plans for a wildlife corridor, they also picked up a fun and relevant new hobby: tracking wildlife on their land using remote video cameras.

NEFF Conservation Easement Manager Andrew Bentley came out to see the land that spring and noticed habitat features—including a type of high ridge animals use like a highway—that indicated the property likely saw frequent wildlife activity. He proposed installing remotely triggered cameras to discover which species were using the land and what behaviors they were engaging in.

Kevin and Nicole decided to purchase two Stealth Cam DS4K cameras for use on their property, and donated the equipment to NEFF.

During NEFF’s annual visit to the Knobloch property in November 2018, Andrew and Kevin placed the cameras at a ridgetop pool and at a stream junction. Andrew first came back to check the cameras and download their footage in January 2019, and repeated the process in summer 2019 while also relocating one camera to a different stream. He then came back to remove them in October ahead of the hunting season.

“Our favorites have included hilarious footage of a juvenile bear who seemed overjoyed to be rooting around in leaf litter, a column of three coyotes passing through, and a moose so big that its body didn’t fully fit in the frame,” said Kevin. “While we’ve had the privilege of crossing paths with a moose, black bear and turkey on our property over the years, this footage shows these amazing animals at their most relaxed in their habitat, and watching them is an immense joy.”

The Knoblochs’ land isn’t just providing habitat to the larger animals that activate the remote cameras. Andrew Bentley is a knowledgeable birder, and he heard or saw the following birds on the Knobloch land during just one day while visiting in June 2019: Blackburnian Warbler, Black and White Warbler, Black-throated Blue Warbler, Black-throated Green Warbler, Yellow-rumped Warbler, American Redstart, Ovenbird, Wood Thrush, Veery, Hermit Thrush, Yellow-bellied Sapsucker, Winter Wren, Red-eyed Vireo and Scarlet Tanager. Some of these species depend on unfragmented forests and are at risk due to habitat loss and climate change.

All of this wildlife activity speaks to the quality and diversity of habitat types on the land, including sustainably managed forest, ridge lines, vernal pools, streams, and basins. During a NEFF visit, Andrew, Kevin, Nicole, and NEFF Stewardship Associate Beth Gula even found a small evergreen swamp near the headwaters of a little stream on the property with a mix of hemlock and red spruce; these swamps are typically found only in the highest elevations in Massachusetts, and can serve as vernal pools and are often used by large mammals like moose.

“In southern New England, it’s rare to have such a large, contiguous forestland with unusual features conducive to biodiversity and wildlife,” Nicole said. “We feel a special responsibility to the land to keep it that way.”

By preserving such high-value habitat, the Knoblochs have provided the refuge and resources wildlife populations need to thrive throughout their lifecycle—breeding Bobcats have different needs than individual adults, for example—and their property’s impact will only grow as the corridor around it expands.

Ethics of Wildlife Photography and Videography

Photographing and filming wildlife is a popular and engaging hobby, but the welfare of animals and their habitat is more important than getting the perfect shot.

If you’re considering purchasing a motion-activated camera like those mentioned in this article, NEFF’s research has shown that the most important decision you can make when it comes to the wellbeing of wildlife is whether to use a camera with an incandescent or infrared flash. While cameras with incandescent flashes are typically less expensive than infrared models, their flashes frighten some wildlife, while most animals—and all humans—can’t see infrared light at all.

The National Audubon Society has compiled a guide to ethical bird photography, and while it’s tailored to one subset of the animal kingdom, the guide’s key concepts provide a good starting point for many wild animal species. You can read the full guide at audubon.org/get-outside/audubons-guide-ethical-bird-photography

Our thanks to Audubon for making this resource available to the public, and to Sally Naser of The Trustees of Reservations and NEFF’s own Andrew Bentley for providing advice and resources about trail cams. 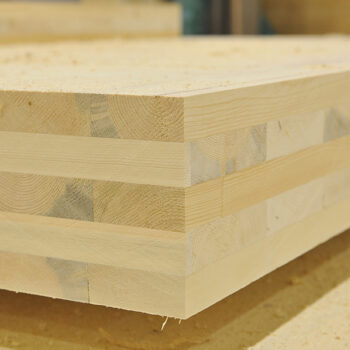 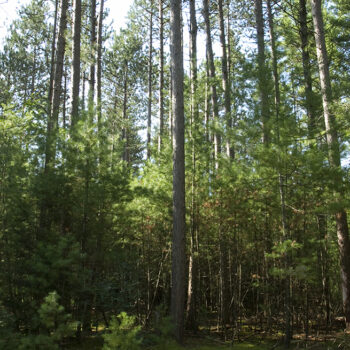