This year marked the launch of the Exemplary Forestry Center (the “Center”) at NEFF—the vehicle we will use to take our ambitious, forest-based strategies to address climate change to scale.

As a complement to NEFF’s long-standing forest stewardship and conservation work, the Center brings together and coordinates program work under science, outreach and coalition building, policy, communications, and innovative conservation finance. These constitute the five themes of the Center, which work in concert to achieve four outcomes: no net loss of forests; spread Exemplary Forest management; store carbon in long-lived wood products, especially tall wood buildings; and reduce the use of energy-intensive materials, especially concrete and steel.

These are outcomes NEFF has been working toward for years, but the Exemplary Forestry Center is now providing the structure, strategy and resources NEFF needs to achieve them in time to make a real difference to the climate crisis. The staff members working on programs within the Center—which encompasses all of the initiatives featured in the next three pages—are excited to be underway.

In summer 2020, Center staff convened remotely to plan how to significantly expand the impact of NEFF’s climate-related work. Staff members discussed the capacity and resources needed for success with each program, as well as the connections between them and the potential for powerful partnerships with other groups. This helped chart a strategic path forward that is positioning the Center to make major progress over the next five years.

The staff grouped all programs currently underway within the Center according to the five themes described above, and staff members working within each theme have now formed teams to advance each of these priority areas. The teams ensure each theme’s work helps achieve the Center’s overarching outcomes, coordinate and align the projects within each theme, and collaboratively determine the theme’s goals and strategies.

The Center’s founding document states what we stand to gain if all of NEFF’s climate-related programs succeed: “The practice of Exemplary Forestry, combined with appropriate use of the forest products and halting forest conversion, can accomplish a transformational increase in the role of New England forests in abating the climate crisis.”

This year, the Center’s science team completed an analysis to quantify the climate mitigation benefits that could be achieved by implementing this approach (described in the summer 2021 issue of NEFF’s Into the Woods newsletter). It revealed there is potential to keep nearly 650 million metric tons of CO2 out of the atmosphere over the next three decades through the work of the Center. Let’s get to it!

See what the Exemplary Forestry Center’s individual initiatives have accomplished in the past fiscal year.

In the last year, the Pooled Timber Income Fund (PTIF) welcomed two new properties into the Fund, which already included timber from 11 properties leased by NEFF and two properties leased by The Nature Conservancy. As PTIF participants donate their woodlands to NEFF and the woodlands’ timber to a pooled income fund trust—and in return, receive a stream of lifetime income and an initial charitable tax deduction—this means NEFF has also added two new woodlands to its network of Community Forests.

In addition, NEFF completed its first timber harvest on PTIF lands and the PTIF accepted two cash donations this year. These funds will go to purchasing new Community Forest land for NEFF and the timber on that land for the PTIF, thereby increasing the pace of conservation. The PTIF is established and growing!

Since 2019, the Western Maine team has recruited and is working with 20 family woodland-owners to implement NEFF’s Exemplary Forestry standards on 12,000 acres from Bethel to Jackman.

The project emphasizes improving and restoring forestland in habitats that are globally important to wildlife. NEFF provides landowner outreach, relationship management, communications, project management, technical expertise, and a model of how Exemplary Forestry works on the ground, and the USDA Natural Resources Conservation Service provides long-term monitoring and reimbursement to qualified landowners to offset the cost of habitat-friendly forest practices. The team has evaluated 73 woodland owners for the program and is working with the 20 current participants based on an evaluation of their woodlands and willingness to embrace the required 30-year Exemplary Forestry Stewardship pledge; more than 3,000 additional acres qualify, if more funding becomes available. Learn more. 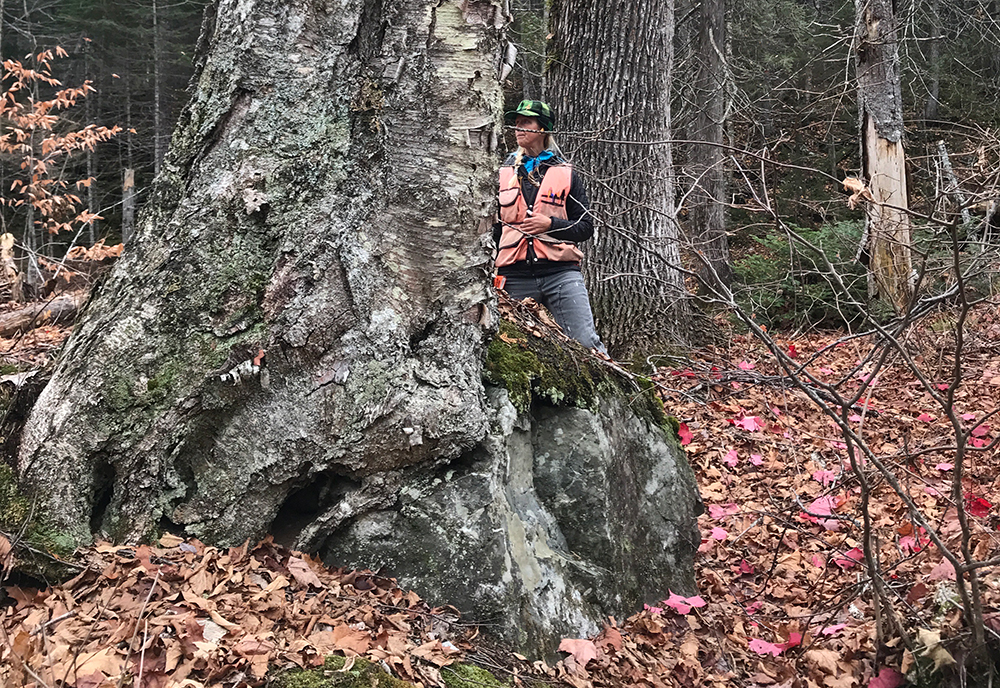 NEFF’s partnership to launch the Exemplary Forestry Investment Fund (EFIF) is bearing fruit. The EFIF is an environmentally forward fund that aims to increase timber stocking, mitigate climate change, and improve wildlife habitat while producing financial returns for investors. In 2019-2020, NEFF and Maine Mountain Collaborative (MMC) added Quantified Ventures to the project to help the EFIF team figure out how to monetize a multitude of benefits for land conservation. With their help in identifying potential revenue streams, NEFF and MMC moved to evaluating the first properties for purchase. If all goes well, NEFF and MMC hope to launch the fund and commit to the first purchases this calendar year.

NEFF built its existing Acadian Exemplary Forestry standards around two umbrella species whose habitat needs encompass the needs of roughly 75 percent of all other native wildlife species: the American Marten and the Canada Lynx. For NEFF’s Central and Transition Hardwoods Exemplary Forestry standards, staff members have researched the types of species and habitats that play a similar “umbrella” role in the forests of southern New England.

They assessed the habitat needs, home range size, and life history traits—feeding, mating, migration, nesting/denning—of a wide range of native wildlife, and selected a suite that includes mammals (bats too!), birds, and invertebrates (bees too!). NEFF considered not only species that are rare, declining, or of special conservation need, but also the more well-known, charismatic, or important in regional recreational and hunting communities. In the end, the umbrella species that NEFF has carried forward in the Exemplary Forestry standards include a suite of species for each major successional stage—like mature, interior forest and early successional forest—that need relatively large blocks of habitat.

Build It With Wood

NEFF’s Build It With Wood initiative has grown rapidly over the years, and now includes a number of high-priority projects. This update highlights three of them: a Life Cycle Assessment, a popular webinar series, and the Forest Carbon for Commercial Landowners study.

A first-of-its-kind Life Cycle Assessment (LCA) is nearing completion with NEFF at the lead. This study examines not only the greenhouse gas consequences of building with different materials—concrete, steel, wood products like cross-laminated timber—but also analyzes the carbon dynamics occurring in the forest to produce those wood products for construction. NEFF has identified and modeled the specific forestry practices that result in increased carbon storage in the woods while also producing strong and long-lasting mass timber products for regional markets.

NEFF partnered with Northern Woodlands magazine and Massachusetts Woodlands Institute, a subsidiary of Franklin Land Trust, to host the Local Wood: Grow, Build, Live webinar series in early 2021. The four-part series explored the use of local, sustainable wood products at different scales, starting with the set of conference tables produced for NEFF by Mitch Ryerson’s wood design class at Massachusetts College of Art and Design (pictured above), moving to a timber-frame home, and ending with the mass timber John W. Olver Design Building at the University of Massachusetts, Amherst. A fourth webinar titled “Woods to People” focused on the experiences of those who make a living in the forest, featuring artist Kathleen Kolb, poet Verandah Porche, and timber harvesters Fred Heyes and Ken Conkey. Kolb and Porche discussed their collaboratively created catalogue, Shedding Light on the Working Forest, and Heyes and Conkey shared their perspectives on the challenges and rewards of timber harvesting in southern New England. The series had a cumulative total of 409 live viewers.

Beginning in August 2020, NEFF has been part of a small group of forest landowners, scientists, philanthropists, conservationists, foresters and others that have met to consider and discuss ways to help large commercial forest owners in Maine capture more carbon in the forest and in forest products. The effort is called Forest Carbon for Commercial Landowners (FCCL), and has led to the formation and funding of a project team of scientists and policy experts that are spending the remainder of 2021 analyzing a series of important research questions that can set the stage for greater climate benefits with continued economic outputs from large forest ownerships. NEFF is on the steering committee, has assisted with the fundraising, and is acting as the fiscal agent for this exciting project. We believe the results of this work will support our contention that with the right forest practices and incentives, fully 30 percent of New England’s emissions can be offset by our forests.

The Forest-to-Cities Climate Challenge (FTC) reached a key milestone for participant engagement and began a new phase of action over the last year. Participants in the FTC sign a brief written pledge that serves as a personal or organizational statement of support for sustainable mass timber construction. In October, the program welcomed its 100th participant and has since continued to expand, with over 120 individuals and organizations now in the FTC community. In April, program staff hosted a webinar kickoff event to educate participants about the challenges and opportunities for building with wood in New England’s cities, and its potential as a climate solution. The kickoff event included presentations from participants who are leaders in the fields of forestry, architecture, and construction. At the conclusion of the event, participants in the webinar self-organized to begin to develop “action groups” to address specific challenges. NEFF will facilitate and support these action groups as they move toward solutions.

Through a bid awarded to NEFF from the Commonwealth of Massachusetts, 2021 marked the beginning of a new region of outreach focus for NEFF: the Mohawk Trail Woodlands Partnership, named for the Route 2 east-west scenic highway and the historic American Indian trading path that connected Atlantic tribes to the nations further west. The people of this 21-town region, spanning parts of western Franklin and northern Berkshire Counties in the most-forested corner of the Commonwealth, have come together to chart a vision for their region’s future.

Support for the Partnership has come from municipal, non-profit, state, federal, academic and regional planning partners. The focus of the work is on economic development that can sustain the area’s forests and natural resources while enhancing the rural way of life for its residents. An unusual convergence of different forest types all occur within the region, providing a tapestry of diverse ecological niches and a prime place to study response to climate change.

Over the next four years, NEFF will serve as Administrative Agent for the Partnership’s Board and committees, facilitating public meetings; updating the Partnership’s 2015 plan; supporting grant writing and developing priority projects focused on the goals of conserving and sustainably managing forests; promoting climate resilience; and supporting tourism, recreation, carbon credits and renewable wood products.

What the New IPCC Report Means for New England 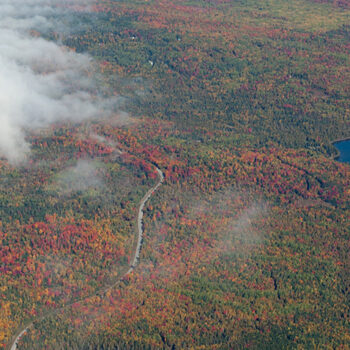