How much carbon dioxide can New England forests remove from or keep out of the atmosphere?

In summer 2021, New England Forestry Foundation (NEFF) ran a climate solutions special issue of its newsletter, Into the Woods. The issue’s introduction and four articles are closely tied together, and so have been posted online as a single series of blog posts. Here are links to the series:

One hundred and seven years ago this spring, the Titanic sank after hitting an iceberg. The story of the sinking shows the consequence of too much inertia and action taken too late. If we have the Titanic stand in for the planet, what does this scenario reveal about climate change? 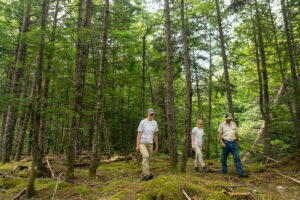 Society’s lookouts—the scientists who have studied the world’s climate—are warning us daily of the danger dead ahead from unchecked climate change. But on the bridge of the ship, corporate and government policymakers who shape the economy have been slow to act and turn away from danger, and momentum in both the economy and the global climate system itself will carry us closer to danger even once decisive action begins. NEFF’s work offers an opportunity to change direction quickly and put our region’s forests to work on perhaps their most important mission ever—maintaining a safe and healthful climate.

NEFF recognizes the biggest climate benefits will come from a holistic approach that combines land conservation and climate-friendly forestry with the substitution of wood products for materials that would require larger carbon emissions to produce. The Exemplary Forestry Center expands on NEFF’s historic legacy of forest conservation and Exemplary Forest management to include new programs that promote regionally-grown wood as the foundation of an economy that does not require continual mining and burning of new raw materials. Use of bio-based materials in place of non-renewable materials like steel and concrete can enable a healthy, rewarding lifestyle for New England residents for centuries to come, creating what is called a circular economy. For example, NEFF’s Build It With Wood program focuses on reducing carbon dioxide pollution by replacing concrete and steel construction with mass timber in the Northeast, while the Forest-to-Cities Climate Challenge aims to develop the partnerships that will link this new timber construction with climate-friendly forestry.

NEFF is expanding its efforts to implement forest-based climate solutions, and this raises the questions: How much carbon pollution could New England save by fully leveraging the power of the region’s forests in this way? And how far would that get the region toward the emission reduction targets needed to avoid the worst consequences of a changing climate?

NEFF staff recently completed an analysis of these critical questions. Answering them involved taking previous studies conducted by NEFF and others, and synthesizing them to create new insights, as no one had yet quantified the total carbon benefit that could be achieved by combining four key approaches across all of New England: no net loss of forests, spreading Exemplary Forestry, replacing steel and concrete with low-carbon construction, and storing carbon in wood buildings.

All told, our analysis of both the in-forest and building sector components suggests NEFF’s holistic approach to addressing climate change could keep more than 646 million metric tons (0.65 gigatons) of CO2 out of the atmosphere over the next thirty years, with the practice of Exemplary Forestry contributing the lion’s share of the savings. So how big is that relative to the total pollution reduction we need to achieve in New England by 2050? The answer is: It’s big! It represents nearly one-third of the total energy-related CO2 emissions—meaning, emissions from the combustion of fossil fuels—we need to eliminate over the next several decades, an impressive contribution from a single sector. And it would simultaneously improve wildlife habitat, help protect air and water quality, allow continued forest recreation on treasured landscapes, and improve the quality and affordability of urban housing. Nice!

The Science Behind the Wedge

No Net Loss of Forests

We first considered the carbon emissions prevented by keeping forests as forests and curbing the on-going loss to development, which is the biggest threat to forests in our region. Each year, more than 28,000 acres of forest are converted to solar fields, homes, commercial complexes, or some other use. When that happens, most but not all of the trees are lost and roughly 60 percent of the carbon dioxide stored in the plants and soil of the forest is released into the air, when root systems, trunks, branches, dead wood, and the litter on the forest floor begin to rot. Since, on average, each acre of New England forest stores 160 metric tons of carbon dioxide (not including carbon dioxide stored in soils), preventing clearing of forests for development could save 81 million metric tons of emissions over thirty years. Loss of forests to development not only causes these direct carbon emissions, but it also destroys the potential for the forests lost to development to store carbon into the future. This future potential of the forest is not included in the 81-million-ton estimate. 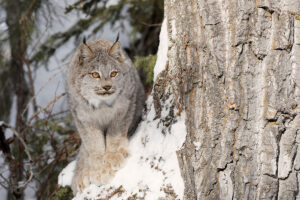 Next, we examined the working forest landscape and considered how much more carbon our forests could store, if forest management improved to reflect Exemplary Forestry standards, while maintaining harvest levels in order to avoid simply forcing our harvests to some other part of the planet, a process called carbon “leakage.”

NEFF’s Exemplary Forestry standards call for an average stocking of approximately 25 cords of merchantable wood per acre on managed forest lands, based on extensive modeling for the Northern Hardwood and spruce-fir forest types in the Acadian Forest and preliminary analysis for the Central and Transition Hardwood forests of southern New England. Using Forest Inventory and Analysis (FIA) data—a long-standing forest monitoring effort led by the US Forest Service—NEFF staff identified a handful of northern New England counties with approximately this stocking condition that can be used as a proxy for Exemplary Forestry. They found that the average acre of state forestland owned and managed by the State of Maine in these counties contains approximately 167 metric tons of CO2e (not including soil organic carbon). Also using the FIA data, NEFF found that in sixteen New England counties, the average stocking across privately owned forest land is less than this Exemplary Forestry benchmark. The difference between existing carbon storage in these counties and the ideal benchmark condition reveals the carbon storage opportunity, which amounts to roughly 542 million metric tons of carbon dioxide that could be stored in living forests by implementing these standards. 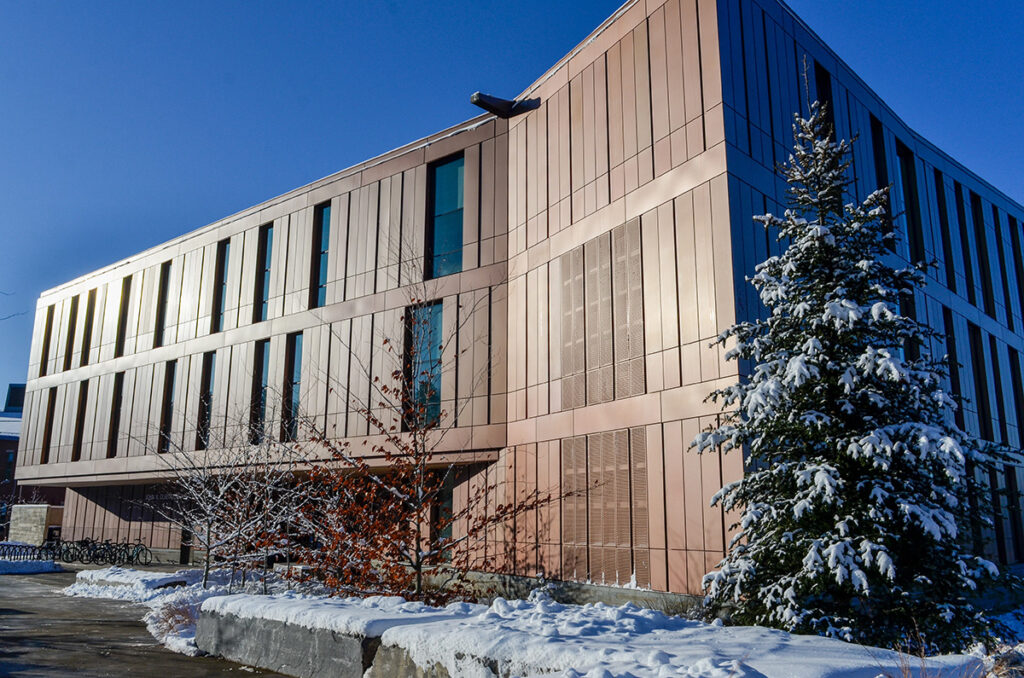 Finally, we turned our attention from the forest to the built environment to consider the potential carbon benefit from replacing energy-intensive concrete and steel construction with mass timber buildings. The benefit will depend on how much new construction happens over the next thirty years, how much of that new construction will be steel and concrete that could instead be mass timber (which depends on building codes, common building typologies, cost, and other trends in the building sector), and the carbon emissions of these different building sector trajectories. There is inherently some uncertainty in future economic and population trends, and NEFF is attempting to synthesize many different factors into one analysis, which creates further potential complications. However, NEFF staff members were able to generate an initial, conservative estimate of the potential by relying on recently published data and making some necessary simplifying assumptions.

To determine how much new construction we might anticipate over the next thirty years, we first turned to the Building Sector Technical Report of the Massachusetts 2050 Decarbonization Roadmap Study, which includes estimates of future residential and commercial square footage by decade through 2050. By narrowing to the relevant building types, we generated an estimate of the total square footage of residential and commercial building space that is unlikely to be made with wood in Massachusetts under a business-as-usual scenario, but that potentially could be made with mass timber.

Total carbon emissions and carbon storage for new construction were calculated following the methodology of a global study published in 2020 by researchers from Yale University, Potsdam Institute for Climate Impact Research and Tsinghau University (Churkina et al. 2020; Buildings as a global carbon sink. Nature Sustainability. 3:269-276.). This study provides estimates of the amounts of different materials that are used per square foot to build steel and concrete and mass timber buildings, as well as the associated emissions for those materials.

The carbon storage provided by wood buildings is most climate-beneficial when the material is sourced from harvests that predominantly remove trees that would otherwise have died in the near-term and released a portion of their carbon back to the atmosphere through decomposition. Otherwise, a portion of this storage represents simply a transfer of carbon from the stump to the city rather than an increase in the total amount of carbon stored safely out of the atmosphere. It is likely that current and future harvest activity will be capturing potential forest mortality in this way because there is evidence that the level of disturbance-related forest mortality has increased globally over the last several decades and this trend is likely to continue as the climate warms (Seidl et al. 2017; Forest disturbances under climate change. Nature Climate Change. 7:395-402.), including disturbance from extreme heat, drought, wildfire, and changes in pest and disease outbreak frequency and severity. These trends put some portion of the carbon stored in forests today at risk, making our ability to capture carbon in harvested wood products an especially useful climate mitigation tool.

To determine the potential carbon benefit we could achieve by substituting mass timber for steel and concrete in future construction, we compared the carbon emissions and storage under a business-as-usual scenario where mass timber remains relatively uncommon (only 0.5 percent of new building stock) versus a future in which mass timber is the go-to material of choice for mid- and high-rise construction (90 percent of new building stock). These estimates were based on growth projections specific to Massachusetts, so the final step was to extrapolate these results to the rest of New England. This was accomplished by using relative state Gross Domestic Product (GDP) as a proxy—making a simplifying assumption that future growth will be proportional to present-day GDP in each state. This preliminary analysis suggests that over the next thirty years in New England, 11 million metric tons of CO2e could be stored in wood buildings and another 12.6 million metric tons of CO2e would be saved by avoiding emissions from the production of steel and concrete.

It All Comes Back to the Woods

Most of the benefits represented by NEFF’s climate wedge come about through improving the quality of forest management. Currently, particularly in northern New England, there are substantial areas of forest that are “understocked.” This means there are not enough tree leaves (or needles for conifers) hung out to take advantage of the sunlight reaching the land. Some portion of the trees’ remarkable ability to suck carbon dioxide out of the air and combine it with water to create wood is going to waste. Exemplary Forestry aims to ensure full stocking of high-quality growing stock at the landscape scale, so that we can maximize the amount of solar energy captured and turned into wood, and ensure that the wood that grows is as useful as possible for climate mitigation. It simultaneously aims to ensure other important societal goals are met—like protecting soil, providing wildlife habitat, and cleaning air and water for use by people and wildlife. It’s an important solution to a wickedly difficult problem, and without NEFF’s three-quarters of a century perfecting the approach, we would not be able to offer it to society.

NEFF’s work offers an opportunity to change direction quickly and put our region’s forests to work on maintaining a safe and healthful climate for the good of all. NEFF’s new Exemplary Forestry Center will ensure this holistic approach takes hold. Want to get involved? Start by signing NEFF’s Forest-to-Cities Climate Challenge pledge at foresttocities.org/pledge and help us halt the climate crisis.

Climate Solutions: Climate, NEFF and the Next Five Years 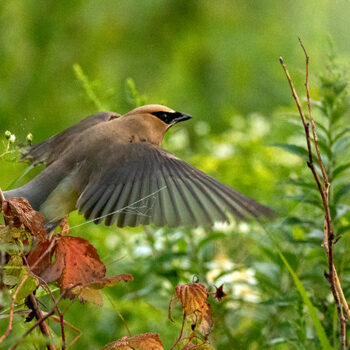 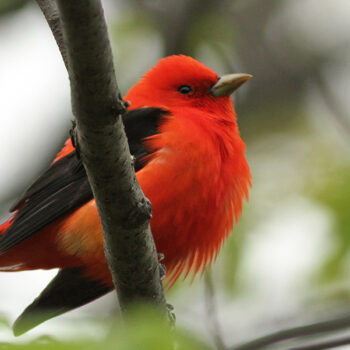