When it comes to conserving and promoting wildlife habitat on both NEFF’s Community Forests and land on which NEFF holds easements, we don’t look for or focus on one type of quality habitat, but a mix of quality habitat types that can support a broad range of species.

Our spring 2022 newsletter issue highlights Maudie and Sumul Shah’s 800-acre property in northern New Hampshire—protected by a NEFF easement granted by previous owners Tanya and Dave Tellman—as having exactly the kind of diverse habitat offerings NEFF prioritizes. Their property is just so remarkable, and we had so much to say about it, that we ran out of room in the newsletter. So, here’s a digital-exclusive, more in-depth look at the wildlife and habitat of their Pine Knob Conservation Easement; a little ahead of schedule, we’ve also posted the original newsletter article as a blog post so readers can enjoy them both at the same time. Click here to read the article, and then enjoy this follow-up piece. 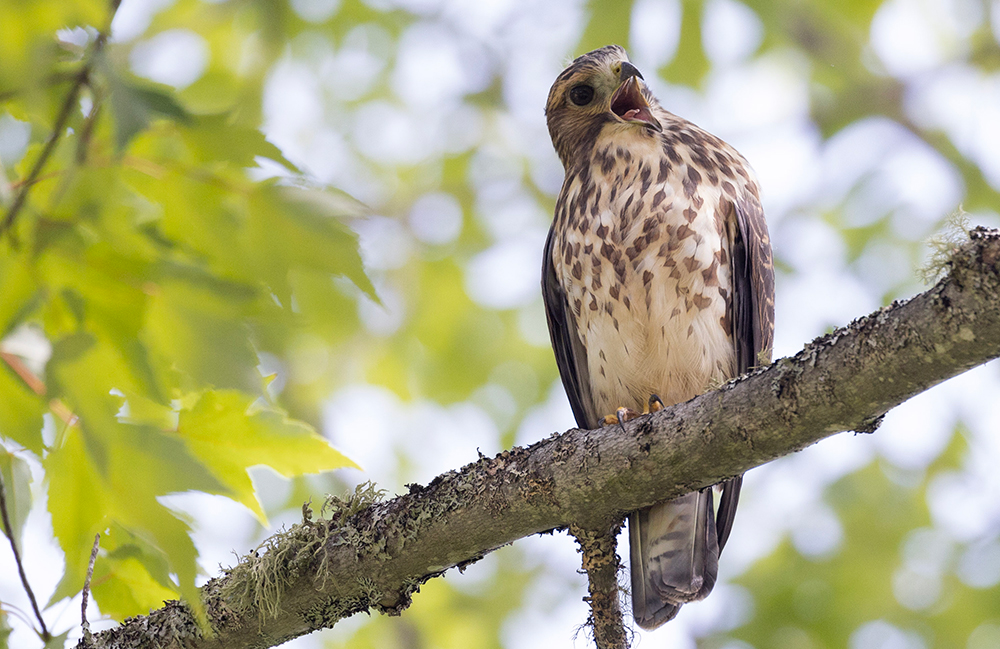 The property’s mix of habitat types includes spruce-fir and mixed northern hardwood-conifer forests of different ages, small areas of old-growth northern hardwoods, vernal pools, four small streams, and 130 acres of wetlands in eight complexes—one of them a 28-acre Black Spruce and tamarack wetland complex the Shahs call “The Bog.” These varied habitat offerings paired with responsible forest management have created quite the wildlife hotspot, which recently prompted a NEFF stewardship staffer to install remote wildlife cams on the property—see stills and videos from the cams at the bottom of the page. Wildlife further benefits from an adjacent 180-acre easement also protected by the Tellmans in 2017. 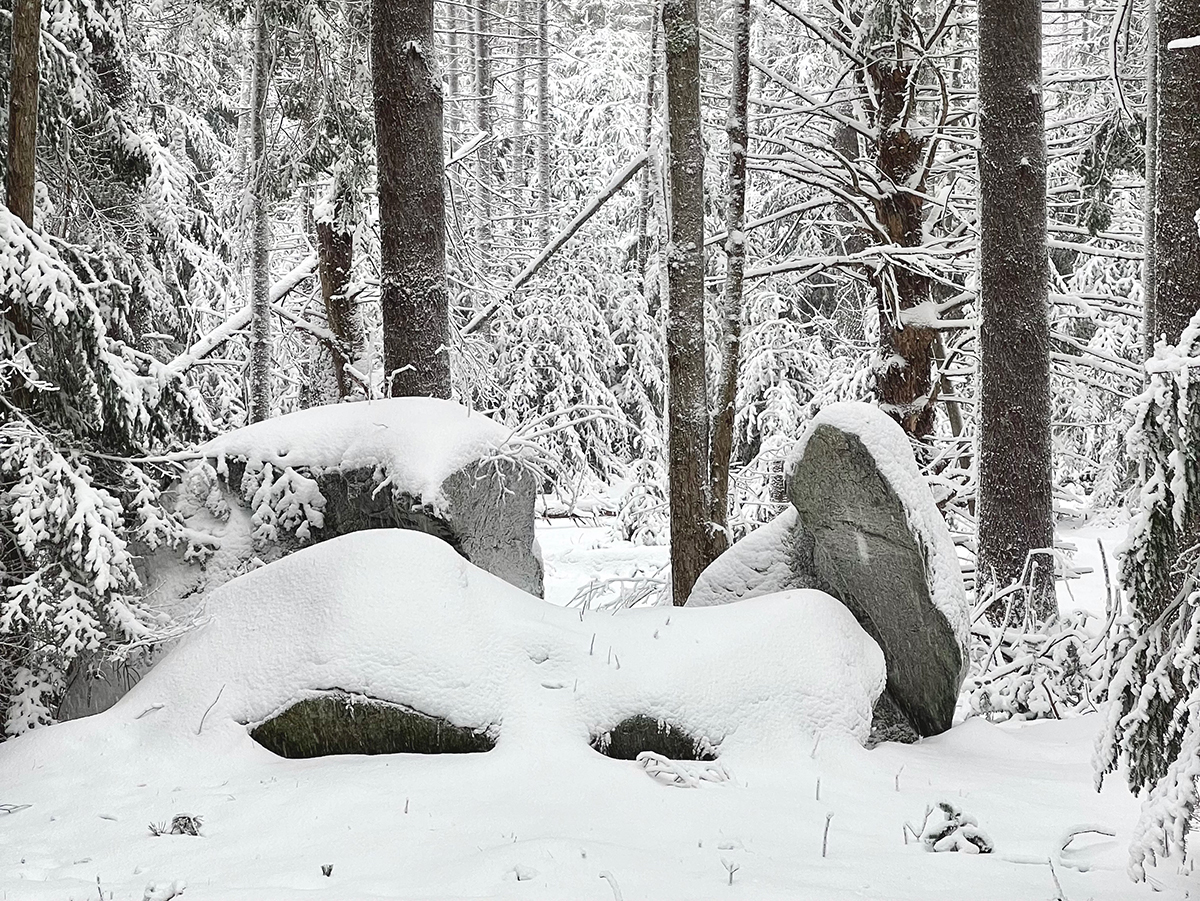 Maudie and Sumul thoroughly enjoy watching the local wildlife, as this is their first experience living in a remote, wild area.

“Previously, we had always lived in urban areas, and had been searching for a rural place to call home for years, and intensified our search when the Covid pandemic hit” said Sumul. “To make a very long story short, we were extraordinarily lucky to be in just the right place at just the right time to cross paths with Tanya, and went on to purchase the property from Tanya in the summer 2020.

“We fell in love with Pine Knob Farm on our first visit, and the rest is history,” Sumul said. “The whole Tellman family has been incredibly warm and supportive, and we are forever grateful to have the opportunity to continue the stewardship they began here.”

What are the couple’s favorite wildlife sightings?

“We’ve had one fleeting glimpse of a moose, which was exciting because it’s just so huge,” Sumul said. “We’re certain to see more, given our location.”

“We recently saw a large mama Bobcat with two kittens crossing our driveway. It was quite a surprise, and we were thrilled,” said Sumul. “We’ve seen a bear with two cubs from a far distance as well. Something about seeing families of animals and observing that continuity is always very special and moving.”

From NEFF’s perspective—and maybe Maudie’s, too—one of the most exciting Shah family wildlife sightings actually took place about 20 miles from their home, when Maudie spotted an American Marten while out driving. Given the marten’s reasonable proximity to Pine Knob and the property’s marten-friendly habitat, this is likely good news for the Shahs’ wildlife viewing opportunities. For NEFF, it’s good news that one of the umbrella wildlife species that helped structure our Acadian Exemplary Forestry standards may soon visit land protected by NEFF.

The Shahs’ land has one area of existing old growth and two stands that are being managed to create old-growth conditions; the existing old-growth stand, located along a stream in the property’s southernmost reaches, have likely not been harvested in 100 or more years, and it will someday be complemented by the nearby middle-aged northern hardwood stands being left to succeed into old-growth hardwood. The third area earmarked for old growth is a 23-acre block deemed unmanageable due to being hemmed in by wetlands and our own property boundary. Pine Knob’s management plan recommends letting these acres grow, as “having the succession of old growth… would make for an excellent secluded and protected wildlife habitat which will add to the diversity of this property and the abutting properties as well.”

All told, the Shahs’ land doesn’t offer the full 640-acre block of mature forest needed by the American Marten. However, their land is located near a great deal of other protected forests, including another NEFF easement just across the street, and White Mountain National Forest not two miles away. Start stitching these protected areas together, and you’ve got American Marten habitat—and more chances to see martens in the wild.

“We love the forest, and we also believe in the preservation of and expansion of wild places,” said Sumul. “One of the things we most enjoy about living here is the sense of constant change—we often joke that it’s like getting to travel to brand new places all the time without ever having to leave home.”

While NEFF’s wildlife cams have only been in place at Pine Knob for a few months, they’re already seeing interesting results. 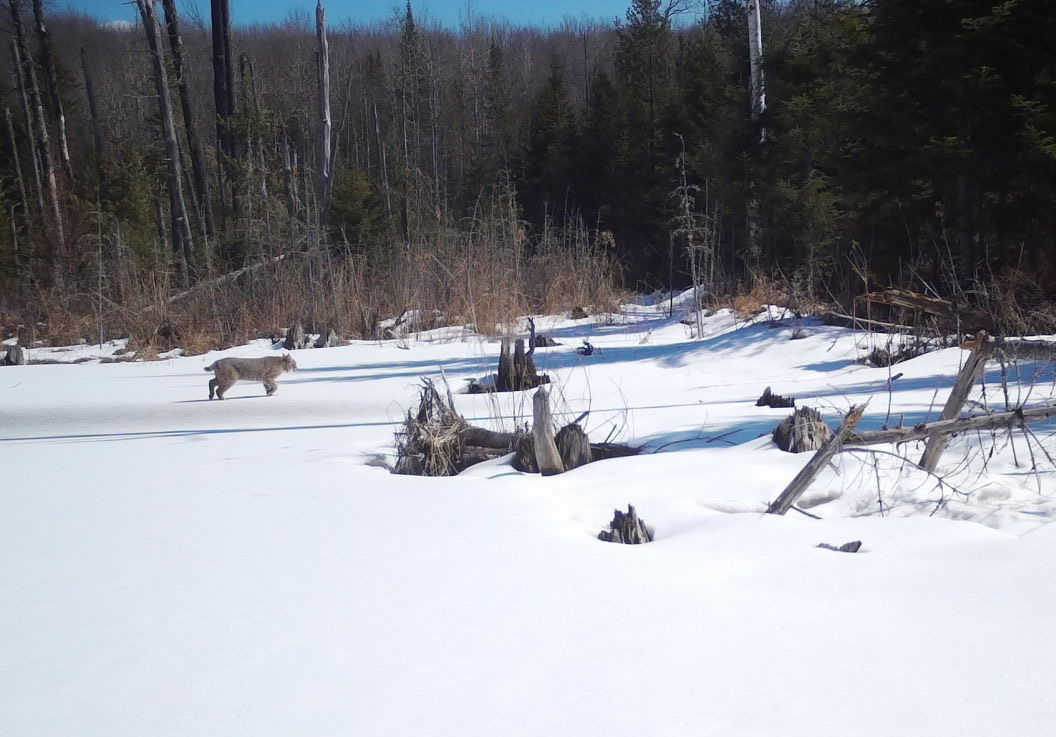 NEFF’s Pine Knob Conservation Easement is home to Snowshoe Hare. This image of a hare in its winter coat was captured by a recently installed wildlife cam. Snowshoe Hare are the key prey species for Canada Lynx, and their presence on the property is a sign that lynx might someday make an appearance. 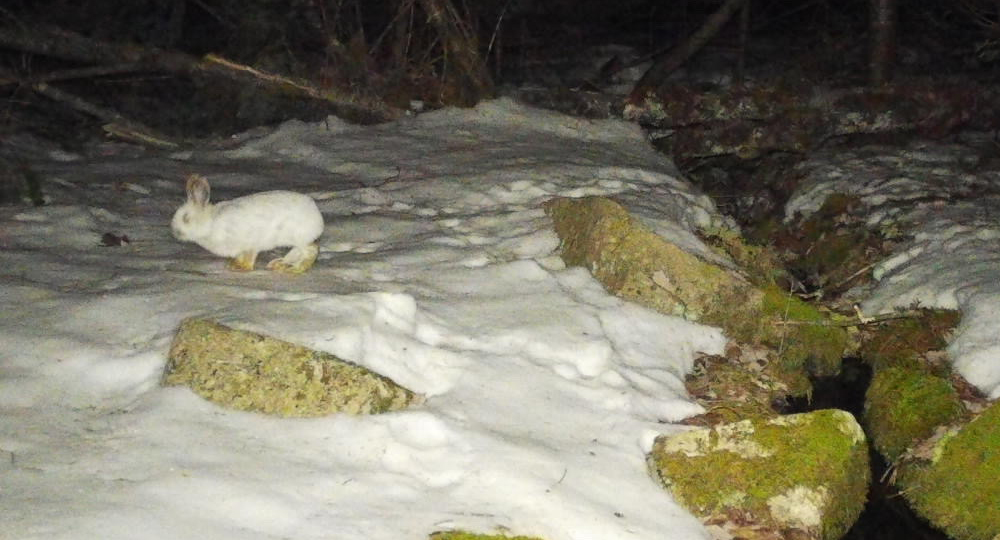 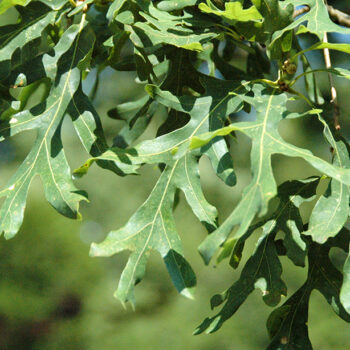