Philip DeNormandie—an integral member of the NEFF community, a champion of New England land conservation, and a driving force behind key NEFF successes—completed his tenure as President of the NEFF Board of Directors in December 2021, and will now serve one year as Immediate Past President, a new role, before rotating off the Board. Learn what first brought Philip to NEFF, and then look back at what NEFF has accomplished under Philip’s leadership.

It turns out NEFF has been a part of Philip’s life since his elementary school days.

In NEFF’s first few decades, one of its top priorities was educating interested parties about professional forestry as an alternative to destructive harvesting techniques, and so the organization held outreach events and field trips that demonstrated NEFF’s sustainable approach to forest management.

“In the 1950s, when my family’s farms were going, my father and I went to New Hampshire for a New England Forestry Foundation field trip,” Philip said. “I know we visited a demonstration woodlot, but what really stuck out to me was seeing an old-fashioned sawmill that was probably a pretty dangerous operation, but exciting to visit when you’re under 10 years old—I had a lot of fun.”

While Philip may not have fully focused on the forestry information NEFF staff shared during the field trip, he remained aware of NEFF throughout childhood and into his adult years—and his career in real estate—and regularly hired NEFF foresters to work on his lands.

“I ended up in touch with a few folks at NEFF over the years, including past Deputy Director Tim Storrow,” Philip said. “I was always interested in hearing about their work at NEFF, but never expected to be part of it.”

Then in 2002, Storrow asked Philip to join the Board, and he immediately said yes.

The first major project Philip tackled was the acquisition of NEFF’s Prouty Woods Community Forest and the Prouty family home, which now serves as NEFF’s headquarters. He stepped in and took a leadership role on the committee tasked with raising money for the purchase, and proceeded to meet the fundraising goal.

A few years after Philip became Board President in 2015, he dove into another transformative capital project, one where “the goal was to buy some sizeable timberland where NEFF could demonstrate a number of things, including good management techniques.”

“As President, I felt my role was to put a reasonable amount of constant pressure on the organization to make sure NEFF met its goals and objectives, and also to get the staff and Board to really stretch themselves and take risks with the potential to advance our mission and push NEFF to new heights,” Philip said. “The Downeast Woods and Wildlife project ended up being the big stretch of my tenure, and I’m incredibly proud of what NEFF and its partners accomplished.”

The initial aim of the project was to purchase and protect sizeable forestlands along the Dennys River, whose waters—kept cool and clean by riverside forests—provide critical habitat to Maine’s endangered Atlantic Salmon population and other cold-water fish.

When Downeast Woods and Wildlife came to a close in December 2020, NEFF had reached three times the project’s original conservation goal by protecting four Downeast Maine forest parcels—including Holmes Stream Community Forest, pictured on the front cover—totaling 9,150 acres. This meant NEFF added more acreage to its network of Community Forests in 2020 than any previous year.

This wasn’t the only ambitious project to launch during Philip’s tenure by a long shot.

“Everyone at NEFF has a lot to be proud of, from the Pooled Timber Income Fund and its very interesting way of preserving timberland, to the 30 Percent Solution and our suite of climate-solutions initiatives,” Philip said.

“I just think that over the last five, six, seven years we’ve taken a number of crucial steps that are going to put NEFF in the forefront of a lot of fields.”
Philip is particularly excited to see how NEFF’s Exemplary Forestry management and innovative conservation finance programs can benefit the timberlands of northern Maine by improving carbon sequestration as well as profitability of wood products. NEFF’s approach gives commercial and family landowners a path forward by growing their forests longer and transitions from pulpwood to sawlogs that can store wood in longer-lived products and mitigate climate change.

“As President, I aimed to set ambitious yet realistic goals we could accomplish without exhausting ourselves, and that’s helped get NEFF in a really good place,” Philip said. “NEFF is poised to do great things, and the enthusiasm is there, the right staff is there, our Board is better than it’s ever been, and the momentum is there—and I certainly hope that momentum continues. Frankly, it’s more fun to be at an organization that’s moving forward than sitting still.”

Philip was and remains one of NEFF’s greatest ambassadors. While Board President and serving as a key member of the Campaign Leadership Committee for the Downeast Woods and Wildlife project, Philip’s personal generosity and congenial fundraising approach led the pace and inspired others to set their sights higher.

“At this critical moment in the climate crisis, Philip has left an important legacy to those of us who will carry on his work at NEFF, and I thank him for everything he has done for our organization,” said NEFF Executive Director Bob Perschel. “His leadership has allowed NEFF to focus its attention on climate change, the issue of our generation and generations to follow, while also helping us accomplish a major conservation win in Downeast Maine. In the years to come, I hope he enjoys watching how his contributions to forest conservation and management allow New England to both protect and use its forests to offset our region’s carbon emissions.” 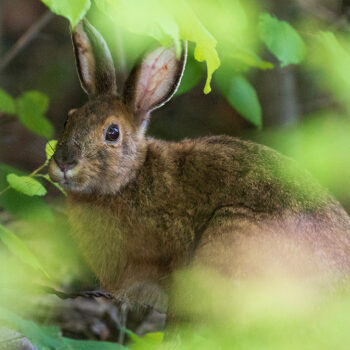 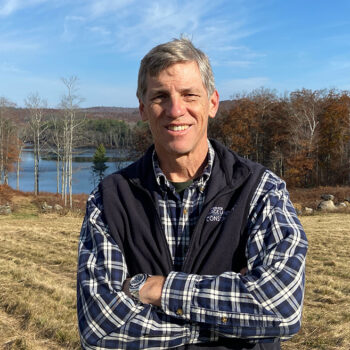