White Ash is considered a pioneer to intermediate-successional species that thrives following natural and man-made disturbance to an ecosystem. It is a common species throughout New England, and is found in the Spruce-Fir and Northern Hardwood forest types covered by NEFF’s Exemplary Forestry standards for the Acadian Forest, as well as in the Oak-Pine, Oak-Hickory, and Lowland/Riparian forest types covered by the Exemplary Forestry standards for Central and Transition Hardwoods.

Take a look at an illustration of a White Ash, and then keep reading to learn all sorts of fascinating things. 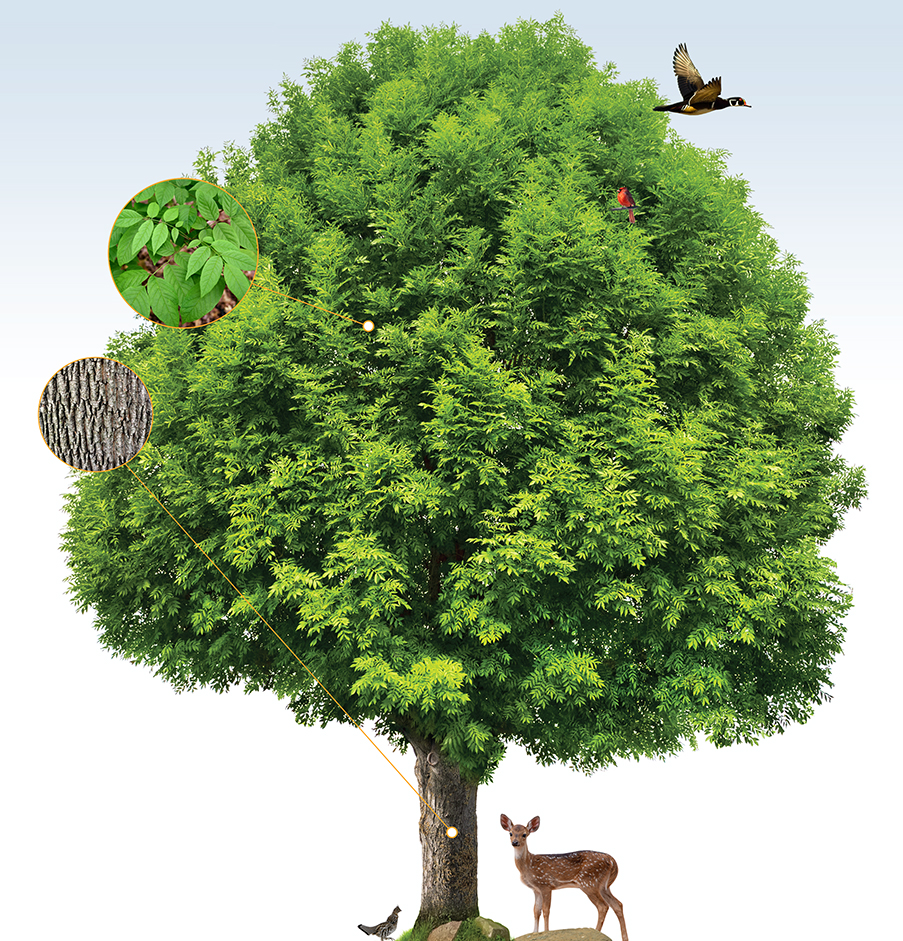 The White Ash ranges from the Canadian Maritime Provinces in the north to northern Florida in the south, and from the Atlantic coast to the eastern edge of the Great Plains. It commonly grows in stands with Sugar Maple, Yellow Birch, Red Oak, Eastern Hemlock and American Beech among others, but White Ash typically does not dominate the stand.

Normal age of mature trees is around 200 years old. The species grows to around 70-80 feet in height with a tall, straight bole and narrow, tapered crown when grown in a crowded forest stand.

White Ash is a deciduous tree with oppositely leafed, stout branches. Leaves are 8-15 inches long and compound in form, with usually seven—but sometimes between five to nine—oval leaflets off the main leaf petiole. The bark of White Ash is a light gray color that forms into interweaving ridges that reveal a distinct diamond-shaped pattern.

Seeds of White Ash are eaten by a wide variety of birds including Wood Duck, wild turkey, Purple Finch, Ruffed Grouse, Cardinals, and Pine Grosbeak. Twigs are browsed by White-tailed Deer and the bark of seedlings can be eaten by mice, rabbits, and porcupines. Beaver will also cut, store, and eat White Ash bark when it occurs near their ponds and other, more preferable trees species are unavailable.

White Ash is often used by both primary and secondary cavity nesting birds due to its tendency to form cavities following crown damage in mature trees. These birds include woodpeckers, the Wood Duck, and owls.

White Ash typically grows in the most productive, nutrient-rich soils. It grows best in well drained soils and does not do well in dry ridgetops or poorly drained lowlands where Green or Black Ash dominate. White Ash is tolerant of shade while very young, but becomes intolerant as it grows older. This allows seedlings to become established in the understory of a stand and grow quickly to outcompete other shade tolerant trees like maple, hemlock and beech. But White Ash needs an opening in the canopy relatively soon in its lifecycle to take advantage of its early head start. Without such an opening, its growth slows and it can be overtaken by those other shade-tolerant species.

White Ash pollination and seed dispersal is dependent on the wind. It produces light seeds with a single wing, as opposed to the double winged-seeds of maples, which can travel as far as 500 feet.

Ash can be regenerated within a natural mix of species using a variety of silvicultural techniques including single and group tree selection, clearcutting, and seedtree.* It is often grown using the shelterwood system that allows seedlings to become established under a full canopy and then gradually increasing sunlight to the forest floor through multiple reductions in the overstory over a few decades. Like many hardwoods, it can also regenerate from stump sprouts following logging or fire, although sprouting abundance decreases with the tree’s age.

White Ash lumber has a wide range of uses including furniture, tool handles and canoe paddles, but its most celebrated use has historically been supplying America’s pastime with baseball bats. The woods grain pattern contributes to its resistance to splintering while its light weight allows hitters to get the bat around quickly, making it ideally suited to this use. But the future of ash baseball bats is in peril.

White Ash, particularly in New England and the northeast, has been under siege for the past few decades. A combination of diseases, fungi, insects, and air pollution have been contributing to what is being called ash decline, which in turn has created pockets of mortality throughout the region. Add the exotic, invasive Emerald Ash Borer (EAB) on top of that, and the outlook is not good for ash trees. EAB is identified by its unique D shaped exit hole when the adult insects emerge in June or July. Other signs of damage are dieback in the crown, excessive epicormic branching, and “blonding” on the main stem where woodpeckers are flecking away bark in search of larvae below.

Could ash follow the same fate as American Elm and American Chestnut? Foresters are working to conserve the healthy ash populations that remain while scientists develop bio-controls and other methods of stopping the spread of EAB.

*The seedtree approach removes most of the stems in a stand except for 5-10 large, well-formed trees per acre to provide the seed to create a new cohort of seedlings. This approach is best used for species with light seeds that are dispersed in the wind. Seedtrees can later be harvested or retained as legacy trees. 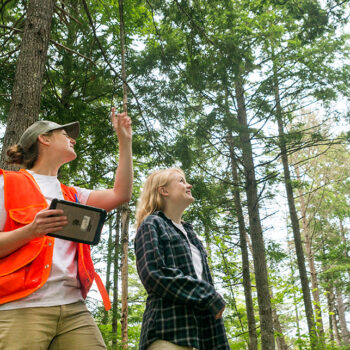 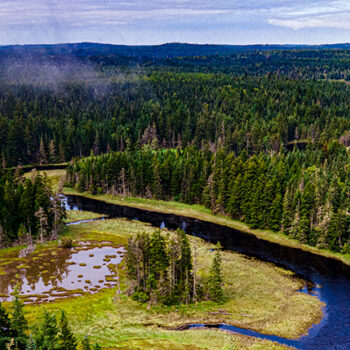