When the extended Whalen family recently set out to create a conservation legacy in Mount Holly, Vermont, they connected five past-and-present generations with those yet to come. They also ended up connecting two pieces of newly protected forest to a landscape-scale wildlife corridor.

In 1919, Mary and Thomas Whalen purchased the first of these pieces of land, the 43-acre Healdville Farm, and in 1994, their great-grandsons bought an adjacent 61-acre parcel NEFF simply calls the Whalen property. Learn the stories behind these woodlands, and how John M. Whalen—grandson of Mary and Thomas—championed having the parcels permanently protected by NEFF and worked with his family to see them conserved. 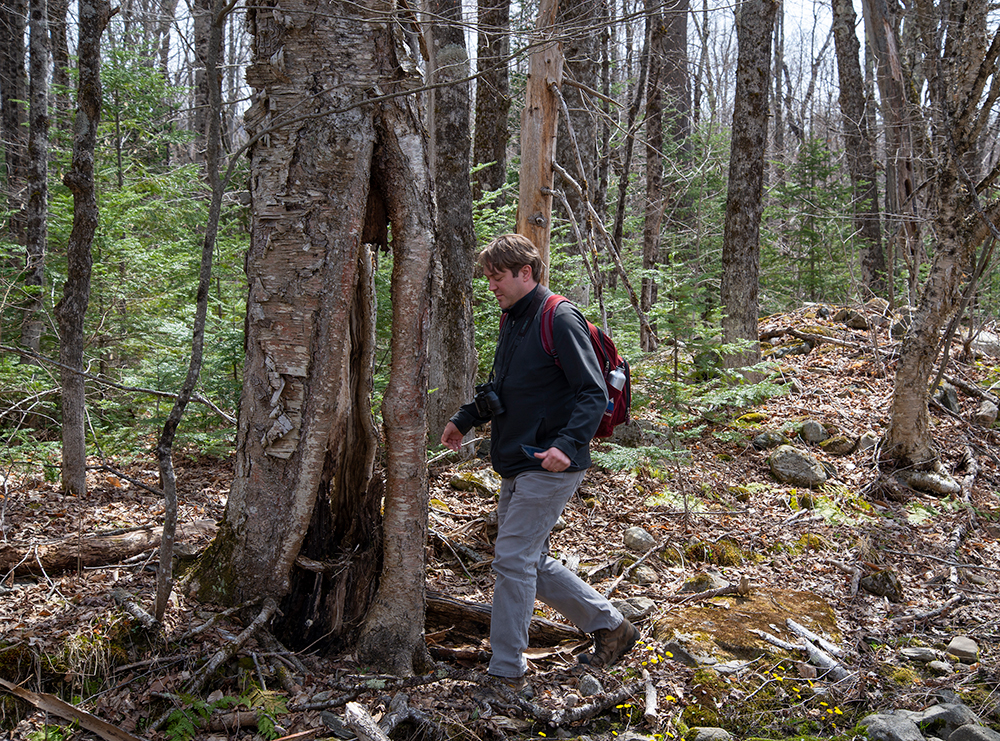 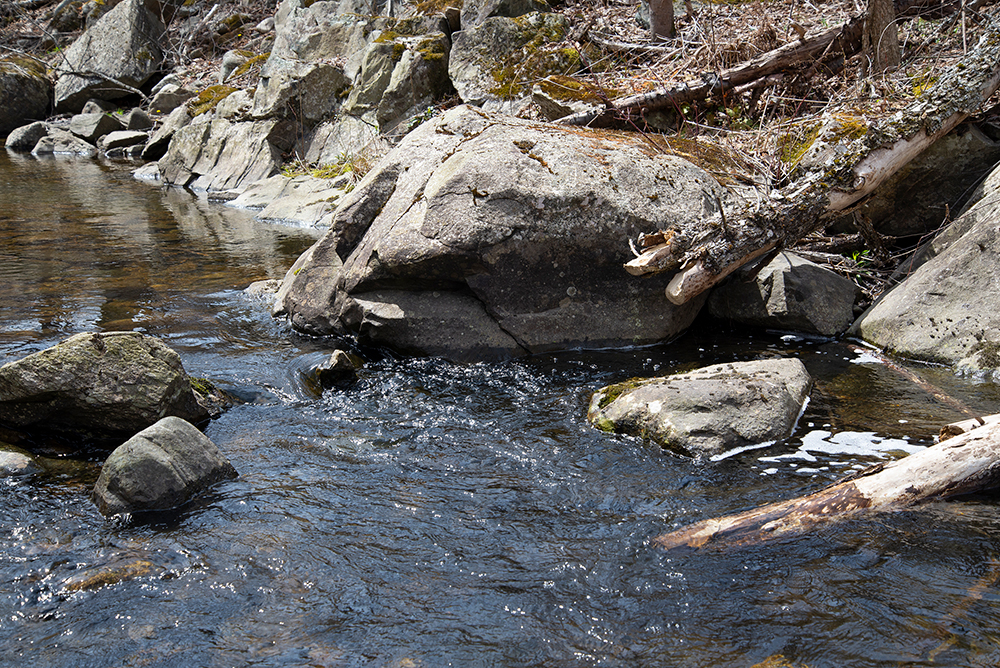 The cold-water Branch Brook runs through the Whalen lands. Photo by Tinsley Hunsdorfer

The Whalens’ two beautiful, contiguous Mount Holly woodlands—one of which borders Okemo State Forest—are tucked in the Ludlow Mountain foothills. They feature high-quality habitat like horizontally complex Northern Hardwood and Spruce-Fir forest stands, and are cut through by seeps, wetlands bursting with plant life, and cold-water streams like the rushing and rock-strewn Branch Brook. They also host a Vermont Association of Snow Travelers snowmobiling trail.

“Engaging in recreation on private lands is something of a Vermont tradition,” said John. “I hoped the family would conserve these properties, not only to preclude development, but also for the sake of the woods themselves. I also hoped that in the future, the family would continue its decades-long policy of welcoming public use of the properties for responsible recreation, trail-based snowmobiling and hunting included.”

Due to the parcels’ adjacency to Okemo State Forest, NEFF’s 2020 protection of both woodlands with conservation easements made them part of Vermont’s crucial 100-mile Okemo Wildlife Corridor. It stretches nearly two-thirds the length of Vermont and connects Green Mountain National Forest to Okemo State Forest, providing a pathway of protected habitat for wild animals simply in need of room to roam, and for wildlife threatened by development and shifting climactic conditions.

The Mount Holly Conservation Trust (MHCT) has led the charge on stitching together the corridor in the Mount Holly area, and when John let MHCT President Brigid Sullivan know the Whalens were pursuing conservation, she says she was “thrilled, because the family sets such a good example for other property owners,” and at a time when Mount Holly was seeing development pressure due to demand for more ski lodging.

“The Whalens’ approach to conservation was brilliant and unique, because the whole family on down to the teenagers was involved in deciding what to do with the land,” Sullivan continued. “This let everyone see how conservation can keep family traditions going, and provided a sense of ownership in the family’s future.”

Family and Forest History: Finding Magic in the Woods

Tom and Mary Whalen met and married in Mount Holly in the 1890s and purchased Healdville Farm in 1919. Tom worked as a railroad station agent and Mary as a teacher and later, the town’s post-mistress, and their sons worked the farm. After they moved to Healdville Farm, Mary relocated the post office to the building’s first floor. 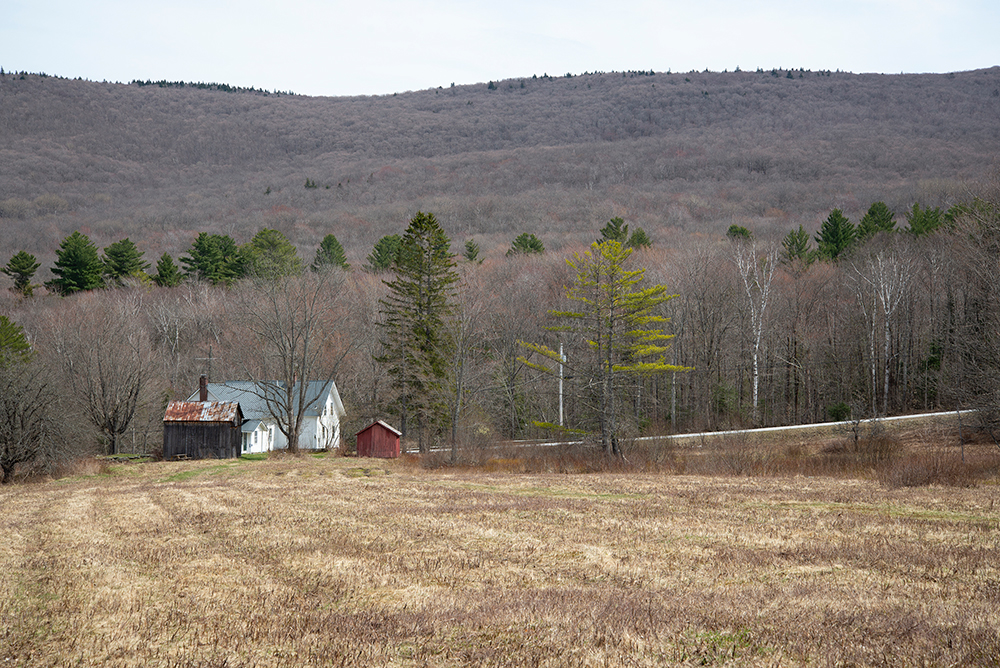 Tom and Mary Whalen’s house, and site of the town’s post office. Photo by Tinsley Hunsdorfer

“In the 1920s, everything around us was agricultural land, and I remember walking property lines and being able to see clear across to our neighbor’s house,” said Mary Whalen Leonard, granddaughter to Mary Whalen. “Farmers were heading for the Midwest, and by the mid 1940s, our family had stopped most farming activities—and now, except for a meadow we keep open, the land is almost all grown up.”

Patrick Whalen, Mary Leonard’s nephew and one of the owners of the 1994 Whalen property, has fond childhood memories of Healdville and its young forests.

“This land has always been a special place for us, especially for my generation when we were growing up,” Patrick said. “When we visited, the woods would always feel like this separate world. Things were quieter there, and felt more magical.”

One memory in particular sticks out.

“My grandfather took me through the woods to the spring that once served as a water source for the house he grew up in,” Patrick said. “He wanted to share this connection to the past and the family with me.”

Now that Patrick’s an adult, he’s come to appreciate the land from a different perspective.

“The forests’ magic hasn’t diminished, but my understanding of them is more refined, and I’ve ended up feeling connected to these larger forces,” Patrick says. “Out here, the seasons become part of your rhythm, from spring vernal pools to getting a sense of the forest structure in winter when the leaves are down.”

Like Patrick, John believes forests can have a positive impact on the people who explore them, and that belief has proved galvanizing.

“Forests are transformative—you go into the woods a different person than the one that walks out,” said John. “I love the magic of the woods, and my wish for more people to experience that magic motivated me to approach my family about easements. Additionally, I felt like we owed it to the land, the town’s residents, the family that came before, and future generations.”

John contacted NEFF in 2018 about potential easements, as he had come to trust the organization while serving as a Board Member of Smokey House Center. The Center sustainably stewards 5,000 acres of working lands in Danby, Vermont, and NEFF holds easements on 4,700 of those acres.

In 2019, John and Mary Leonard held a Conservation Day in Mount Holly attended by 14 family members that featured presentations from Sullivan and NEFF Conservation Easement Director Andrew Bentley, a session where lawyers were available to advise family members, and a walk led by forester Curtis Rand. After several months’ discussion and a vote, the family agreed to conserve the properties.

“The family’s initial purchase of the Healdville property has always felt like a gift to later generations, and it was important to honor that act of generosity by choosing conservation,” said Patrick. “Keeping the woodlands in the family while contributing to land conservation at a time when the climate and natural systems are in trouble seemed like our best option, particularly because the land would become part of a wildlife corridor.”

And now that the land is protected?

“The great joy for me is that it’s a hundred years later, and we’re on to the fifth generation of kids who have enjoyed these woods,” Mary Leonard said. “Currently, it’s the 12- to 22-year-olds that love coming for walks and snowshoeing trips in the woods.” 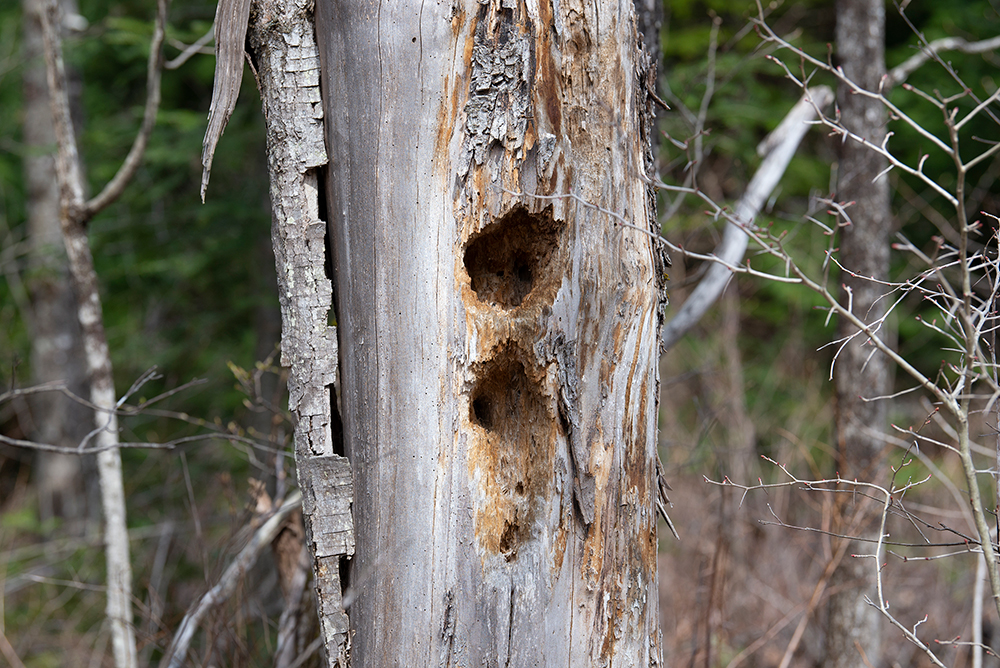 Signs of woodpecker activity on the Whalen family lands. Photo by Tinsley Hunsdorfer 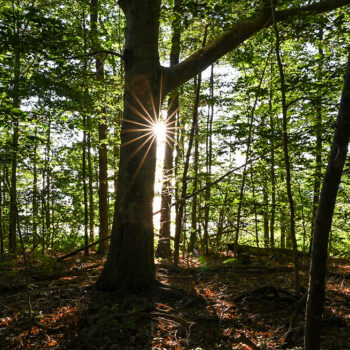 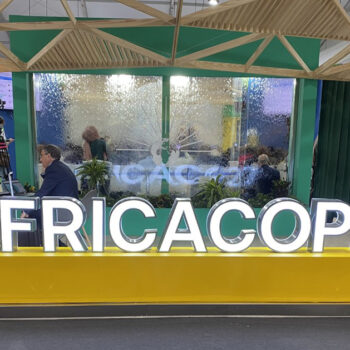