Changes to the Land: Four Scenarios for the Future of the Massachusetts Landscape 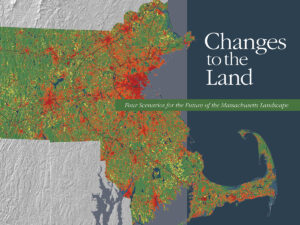 The results of a groundbreaking new study from Harvard University and the Smithsonian Institution confirm a fundamental truth that lies at the heart of NEFF’s mission and work: both the people and habitats of Massachusetts gain from conserving forests and managing them well. As the study reports: “The forests of Massachusetts are more than just a collection of trees; they function as living infrastructure that works 24 hours a day to support basic needs of people and nature.”

NEFF participated in scoping the four alternatives for the future of Massachusetts forests that were evaluated by Harvard and the Smithsonian. Specifically, NEFF’s executive director, Bob Perschel, helped craft the forest management practices to be included in the “Forests as Infrastructure” scenario, basing his prescriptions on what NEFF does on our own lands and advocates for in-state forest policy across the region.

And those practices excelled—producing the best results of any scenario evaluated with respect to seven of nine environmental variables, and nearly comparable results on the others. This means, for example, that managing our forests produced lower storm water flows during heavy rains (which in turn have become dramatically more intense in the last 50 years). Managed forests also delivered more wildlife habitat, more wood products, less fragmentation of the landscape, and less loss of soil nutrients. Moreover, while not evaluated in the Harvard study, the Forests as Infrastructure scenario also would deliver economic returns to forest landowners and communities.

The results of this study can be a game changer in NEFFs mission to bring excellent forestry to New England forests. It is the first time such a powerful set of computer analyses addressed the interaction between forestry and ecological values at a landscape level. We were told the computer processing requirements were so massive that the Smithsonian computers could not keep up and time had to be purchased from the Amazon cloud. The programs actually modeled the effects at the acre level and then collated results up to the landscape level.

The intent of the study was to get a picture of future possibilities now that Massachusetts is losing forest land to residential and commercial development after decades of forest expansion. Four scenarios were modeled. One projected out current trends in both land development and conservation out 50 years. A second assumed economic boom times, increased development, and relaxed land protections. A third asked what would happen if energy prices rose and the region turned to more self-reliance, harvesting trees for fiber and biomass energy, and transitioning some forest to agricultural land. The fourth scenario modeled a re-commitment to land conservation and the spread of excellent forest management techniques across the landscape.

The improvement forestry scenario had the best results by far. With improved forestry we could increase the percentage of tree species with high commercial and wildlife value by 20%, double the amount of local forest products harvested, increase the amount of carbon stored in our forest by 35% from today, protect water quality, and achieve 25% less forest fragmentation. This scenario proved best for seven of the nine ecological variables evaluated and came in second in the other three.

We encourage you to take a closer look at the study. It should be an excellent bookend for NEFF’s own New England Forestry Potential report due in mid-2014. This comprehensive report will evaluate forestry potential at the New England regional level.

At its core, the study answers a key question that lies in many of our hearts. What will Massachusetts look like in 50 years if current trends in population, development, and economic activity continue? Will the woods or fields you played in as a child still be there? How about the stream or pond you camped beside and where you learned to fish? Will New Englanders still be able to buy fresh local produce or apples and will our forests still provide us with clean air and water, wood products, and the rolling green backdrop that makes Massachusetts and New England a truly special place? NEFF believes fundamentally that the answer is yes, and that conservation and forest management must both be part of the successful solution to that complex equation. 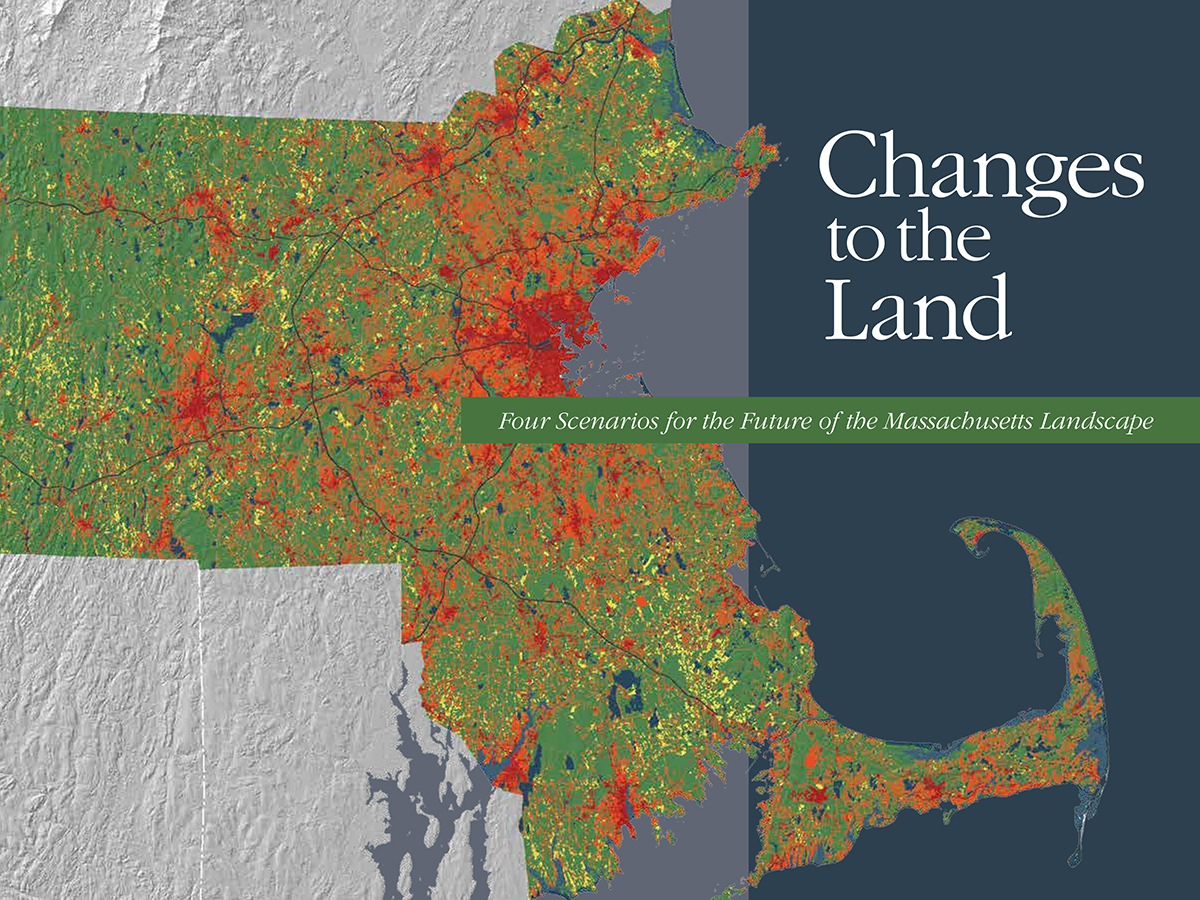