“There are no separate systems. The world is a continuum,” wrote famed environmental thinker Donella Meadows in her book, Thinking in Systems: A Primer. “Where to draw a boundary around a system depends on the purpose of the discussion,” she continued. And with respect to how to best use forests to combat climate change, New England Forestry Foundation believes the boundary of the system is bigger than the forest. We need to look at the benefits to climate from activities in the forest, and also how our forest products are used, which requires a system boundary that encompasses both the cities and forests of New England. In 2019, we will launch our Forest-to-Cities Climate Challenge to bring new commitments to reducing the climate crisis through better management and use of New England’s forests from both rural and urban forest owners, admirers, and recreational users.

Meadows gained fame as principal author of The Limits to Growth, a much-debated 1972 work that projected severe economic losses if use of resources continued to increase exponentially. Today, scientists sound increasing alarm bells over climate change’s economic impact and the growing risk of un-natural disasters, derived largely from our continued use of fossil fuels. And many individuals are trying to make changes in their own lives to reduce their climate impact—an effort mirrored by forward-thinking corporations, cities, states, and nations.

In order to maintain a safe climate for future generations, NEFF contends that thinking about the way forests interact with climate needs to change. Right now, forests worldwide store more of the principal greenhouse gas carbon dioxide than has been added to the atmosphere through the burning of fossil fuels throughout history. If those forests are not both maintained as forests and managed to address climate change, then our current wicked problem will become much worse. That’s one more reason why NEFF conserves New England’s forests, and why we’re promoting our Exemplary Forestry standards that can increase carbon storage in the forest while expanding production of climate-friendly, sustainable wood products.

Since 2015, NEFF’s Build It With Wood program has sought to expand the use of those products in construction, and to draw a new system boundary that better reflects how forests, wood markets, construction, and the atmosphere interact. The Forest-to-Cities Climate Challenge will take the next step in bringing together a community around this inclusive approach to climate change.

NEFF’s Forest-to-Cities Climate Challenge seeks to build mutually reinforcing commitments to wood construction that link suppliers, builders, and investors across the full geography of New England. Beginning later this year, NEFF will be working with individuals and companies in each sector to design these commitments so they work with the constraints that limit activities in that sector and reinforce commitments from other sectors. For example, an architect might commit to discussing mass timber options with clients on new projects, and to specifying a preference for locally and sustainably produced raw materials in any mass timber projects they are managing. An investor might commit to exploring financing for new mass timber construction in Boston or surrounding Massachusetts Gateway Cities. And a forest landowner might commit to applying NEFF’s Exemplary Forestry standards in order to provide high quality, sustainable local material for mass timber construction.

Exemplary Forestry is the first side of the new climate boundary. The techniques of Exemplary Forestry allow landowners to grow twice as much new wood every year as typically is achieved in New England forests, while also keeping plenty of carbon on the land in living forests. For example, NEFF’s Community Forests—which have been subject to Exemplary Forestry management for years to decades—typically have the equivalent of more than 30 tons of carbon dioxide per acre, while the average across the state of Maine is about half that.

The next side of the boundary comes with new technologies—but not ones that demand a new app or a specialized computer. The technologies needed to help abate climate change are techniques for gluing lumber from forests into wood beams and wall panels of extraordinary strength, durability and fire resistance.

Using those new technologies of mass timber in construction is the final aspect of the new boundary, and it delivers a quadfecta of wins—a win for the forest, a win for the rural economy, a win for urban quality of life, and a win for the planet’s health. With respect to planetary health, construction using these large panels and beams—called mass timber construction—helps two ways. First it lets wood replace climate-destroying steel and concrete, and in addition, much of the carbon originally stored by the tree gets locked up in the building, safely out of the atmosphere. One global study led by Professor Chad Oliver of Yale University estimates we could offset as much as 31 percent of the world’s carbon emissions by using the productivity of our managed forests to build with wood. That is a huge number, comparable to the expectation of what solar, wind or energy conservation might contribute to bringing global warming in check. 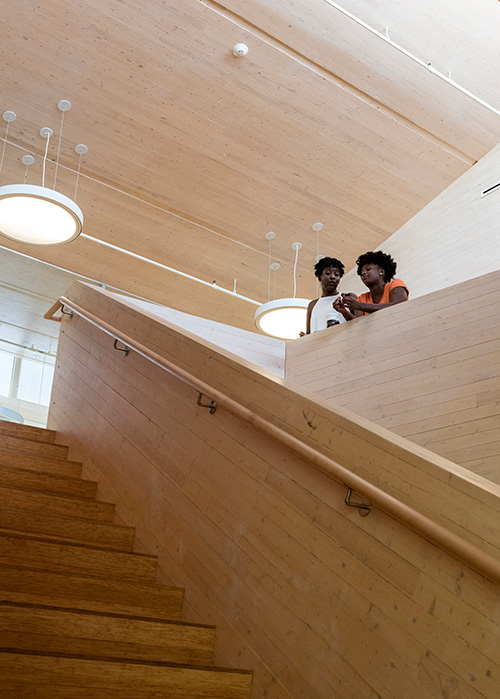 But mass timber construction can do more than save the planet. It can also increase the livability and affordability of our cities. As cities grow, housing gets more expensive because buildable land becomes scarce, driving suburban sprawl as people seek affordable space on the fringes of the city. But another potential way to access inexpensive space is to go upwards. Developers have historically used ordinary wood studs to build up to five stories tall, but anything taller than that has required concrete and steel, which are generally not affordable for buildings less than 12 stories tall. This creates a density gap between five and 12 stories that results in fewer housing units near cities, where public transport can work—which in turn means the gap creates both more traffic congestion and more sprawl on the urban fringe. Since 1985, New England has lost about one million acres of forest land to suburban sprawl driven by this dynamic.

The new wood beams and panels allow construction of affordable buildings five to 12 stories tall. And buildings that tall and even taller are in use today—a 14-story apartment building in Bergen, Norway, an 18-story dormitory on the campus of the University of British Columbia in Vancouver, Canada, and a new eight-story mixed-use building in Portland, Oregon, to mention just a few of dozens of examples. These tall wood buildings allow mass timber to improve urban quality of life by creating more housing near cities and transportation centers, reducing sprawl and commute times, and lowering housing costs. There’s even a third climate benefit associated with less sprawl and traffic congestion: fewer cars idling in traffic jams.

If the wood used in tall wood buildings comes from New England forests then we also start to see more benefits for the region’s forest and rural economies. The forest industry can produce good jobs, and greater demand for high-quality wood products could help provide landowners with financial incentives to manage their forests well. Reduced sprawl on the urban fringes will help keep land forested by reducing pressure on landowners from rising taxes as more and more people move to formerly pastoral towns, increasing costs for municipal services and education expenses.

Over the next 50 years, some four billion people will move to cities. If we build their homes and places of business out of concrete and steel, we will cook the planet for sure. Tall wood buildings are an easy transition that does not require sacrifice or unproven technologies; they are one of the few certain ways to not only prevent pollution of the atmosphere but actually reverse it by pumping carbon out of the atmosphere.

Over the next few months, NEFF will hire a Forest-to-Cities Climate Challenge Organizer and begin to line up commitments from diverse constituencies linking the city to the forests in a joint effort to build renewable, sustainable, and even compostable(!) wood buildings to protect our climate and our future. Join us! 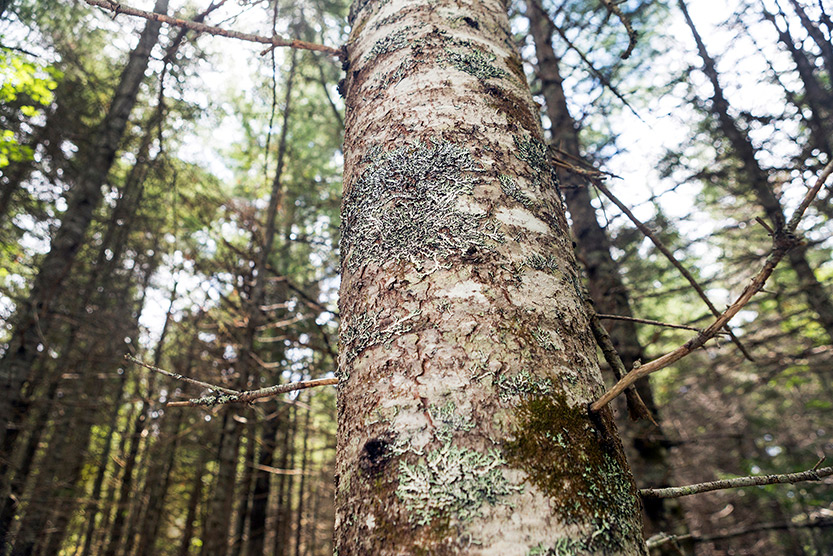 A fir tree on a Downeast Maine property NEFF is working to protect. This is one of the trees approved for use in structural cross-laminated timber. Photo by Lauren Owens Lambert. 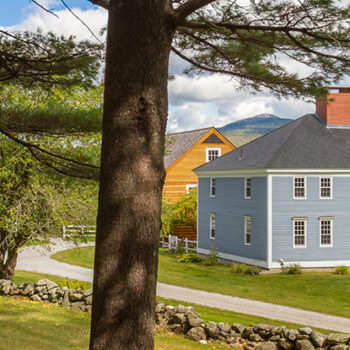 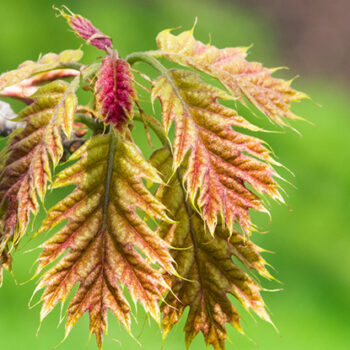