There are times when concern for the environment seems to move in leaps and bounds. After 10 percent of all Americans participated in demonstrations on the first Earth Day, a tidal wave of environmental laws like the Clean Water Act flowed through Congress to President Nixon’s desk, and then swept into effect. 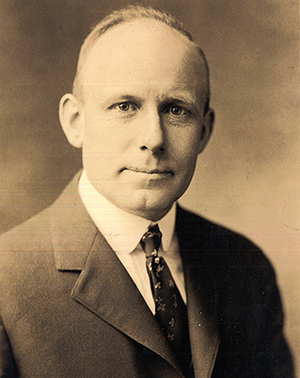 The late 1800s and early 1900s were a time of similar rapid development for American forestry. George Perkins Marsh helped kick off this period when in 1864 he wrote Man and Nature, which called for a more active approach to stewarding forests, while one of the culminating moments of this era of environmental progress came when Congress passed the 1911 Weeks Act, which allowed the federal government to acquire forest land.

Out of this intense energy and focus on forest management stepped a young man, Harris Reynolds, newly graduated from Harvard University with an advanced degree in landscape architecture. Reynolds assumed leadership of the staff of the Massachusetts Forestry Association, later renamed the Massachusetts Forest and Park Association (MFPA). He would lead the organization for decades, campaigning to halt Dutch Elm disease and—with much greater success—to protect the public forests and parks of New England from over-exploitation and to set aside community forests across New England. Known as the Father of Town Forests, Reynolds transplanted this European idea to the United States, and by his death in 1953, there were 127 town forests in Massachusetts alone.

Reynolds was good friends with one of the wealthiest men in New England—William Wharton, known as Billy to his friends, a scion of a privileged Boston family, and nephew by marriage to the writer Edith Wharton. Billy Wharton’s fortune in 1913 was estimated at $23 million, the equivalent of about half a billion dollars today. Wharton joined the board of the Massachusetts Forestry Association the same year Harris Reynolds took on its leadership. Wharton later chaired the board from 1936 to 1960. A dynamic duo, these two young men stayed friends and drove forest conservation in Massachusetts and around New England for more than 40 years. 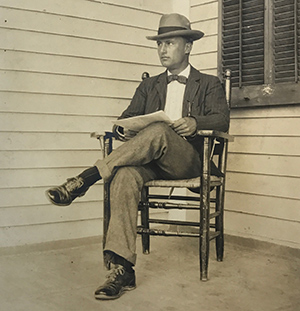 The closeness between the two men is perhaps best illustrated by the fact that Wharton actually accompanied Reynolds and his new wife Alice Hecker Reynolds on their honeymoon. The trio toured the forests of Europe in August 1913, apparently getting soaked a fair number of days. Wharton’s diaries are full of details about the weather, the food, the costs of a hot bath and a room, and the trees they saw. Reynolds made detailed notes of ideas for forest management he wanted to bring back to New England. Neither man’s writings address how Alice may have felt about the endeavor.

In the 1940s, Reynolds began to seek opinions of other forest leaders as to the wisdom of establishing a private foundation to provide forestry services to private landowners as a means to directly promote improved forestry. The idea met with mixed reactions, but Reynolds, Wharton, and others pushed forward, founding New England Forestry Foundation (NEFF) in July 1944. Harris Reynolds promptly added the hat of executive secretary of NEFF to his role at the MFPA.

Reynolds and partners at the MFPA had designed a system of forest management centers for NEFF that were to be staffed by trained consulting foresters. Reynolds oversaw the launch of this program in 1945 when the organization hired Milt Attridge (pictured below), NEFF’s first full-time forester and a champion of forest conservation who taught landowners and community members about sustainable forestry throughout his long career and on into his retirement years. Attridge first worked in NEFF’s southwestern New Hampshire center, and then served as Chief Forester from 1954-1967. He is credited with building up the team of expert foresters that both defined NEFF’s early years and helped establish the current profession of consulting forestry.

Attridge’s long tenure meant he witnessed many changes within the organization, including NEFF’s first shift in leadership. Reynolds continued to lead NEFF until 1953, when he died while walking into a bank with his young friend, John T. Hemenway (pictured on the right in the top banner image). John Hemenway promptly took the reins at NEFF, a role he then held for nearly 30 years.

Hemenway had a personal hand in much of NEFF’s work and development. Fred Huntress, who ultimately served as NEFF’s first forester in Maine, recalls coming to Boston for a personal interview with Hemenway in 1958.

“The next morning—at 10 below zero—I was out pruning pine trees,” recalls Huntress. “The pay wasn’t fantastic, but looking back it was the perfect job for me. I wouldn’t have done anything else.”

From stories of his tenure at NEFF, it seems Hemenway led with an unerring instinct for how to make people feel rewarded and appreciated in ways not connected to money. Hemenway saw through the original idea of building out NEFF’s network of foresters who provided advice to landowners, and also oversaw much of the early growth in NEFF’s own land base.

Meanwhile, he also bought forest land himself in the Taylor Valley of Vermont, the vast majority of which he placed under conservation easements, and managed it for income and forest health while keeping meticulous records of growth and harvest that he eventually published.

In 1977, near the end of his long NEFF career, Hemenway hired another forester named Dennis McKenney. Unlike Huntress’ chilly introduction to NEFF, McKenney arrived on a day that approached 100 degrees, so he chose not to wear a sport coat to his interview. Hemenway leant him one so they could go to lunch at the Harvard Club, and afterwards McKenney was hired on a temporary basis. Forty-two years later he’s still working a very similar role—for New England Forestry Consultants, Inc., the forestry company that NEFF spun off as a private enterprise in 1994.

McKenney ended up working Attridge’s first forest beat, and while Attridge had retired as Chief Forester in 1967, he didn’t fully step down from NEFF until McKenney moved to southwestern New Hampshire in 1978 to take over. Attridge established many of the early plans for forest management that still guide the forest today, a hallmark of forestry as a discipline that relates to the long lives of our primary partners—New England’s trees. No matter how fast society changes, no matter how busy the typical day becomes, trees grow at their own slow pace, and NEFF still works to ensure they can do just that. 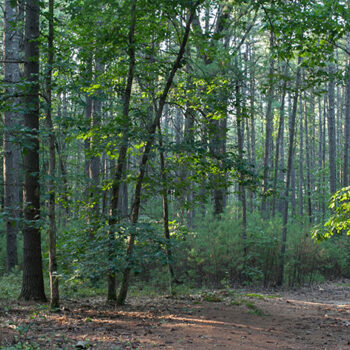 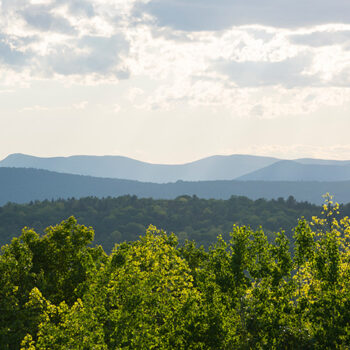