If you are a woodland owner, taking steps to protect your woods plays a key role in maintaining New England’s forested heritage. The New England Forestry Foundation’s Pooled Timber Income Fund (PTIF) offers a new and unique way to ensure that protection while providing benefits to you and your family.

PTIF participants donate their land to NEFF, and the timber on that land is contributed to a pooled income fund. In turn, donors receive an even stream of lifetime income and tax benefits. All donated land receives permanent protection and is managed to NEFF’s Exemplary Forestry standards. This approach to sustainable forest management balances income generation with the long-term health of forests and the many benefits healthy forests provide, from wildlife habitat to clean air and water.

What is a Pooled Timber Income Fund?

The PTIF is a new application of the well-established planned giving tool, the pooled income fund. A traditional pooled income fund allows donors to contribute cash or other assets to a charity. The charity invests the assets, and income after expenses is distributed to the donors until their death, at which point the assets belong to the charity. Donors receive both a charitable tax deduction at the time of the initial donation and lifetime income.

For a Pooled Timber Income Fund, landowners donate their land to NEFF, and the timber on that land to a pooled income fund set up and run by NEFF. Landowners receive shares in the fund proportional to the value of their timber donation. The fund manages the timber in accord with NEFF’s green-certified, Exemplary Forestry practices. This type of forestry balances income generation with the long-term health of forests. As with the traditional pooled income fund, donors receive both an initial charitable tax deduction and lifetime income.

After expenses, the timber income is paid out to the beneficiaries—in most cases the land donors or their children—on an annual basis proportional to the shares held. Shares cannot be sold or transferred other than to successor beneficiaries named at the time of the donation.

Because timber is harvested in most years from one or more of the pooled properties, each member of the fund receives a more even stream of funding than they would if they managed their own land. There is also a reduced risk of loss from weather, insects, or other hazards, and reduced risk regarding timber prices due to the greater diversity of timber types and stand ages likely to be present in the fund.

On the death of the landowner’s beneficiaries, the landowner’s shares are transferred to NEFF. Over time, NEFF may extinguish shares to move timber rights out of the fund. The associated lands at that time would merge back with the woodlands in NEFF’s portfolio of Community Forests, the more than 150 properties across New England that NEFF owns and manages for the benefit of all New Englanders. PTIF participants’ gift of forestlands carries far into the future: These permanently protected Community Forests will provide things like wildlife habitat and sustainably harvested wood for centuries to come, and because they are also free and open to the public, local residents of all ages can visit them to enjoy and explore the natural world.

How can the Pooled Timber Income Fund help me meet my financial and land management goals?

As a woodland owner, you play an important role in maintaining New England’s economy and environment, as well as quality of life for the region’s residents. Taking steps to permanently protect your woods contributes to our region’s core values and can also provide benefits and services to your family. The PTIF provides three main services to New England landowners: the permanent protection of your woodland, lifetime income, and tax benefits. This tool is designed for New England landowners who:

What will happen to my land if I enroll in the PTIF?

When you enroll in the PTIF, your land is donated to NEFF and the timber is donated to NEFF’s Pooled Timber Income Fund to be managed among a pool of other woodlands, including several of NEFF’s own. Your woodland would then be sustainably managed by NEFF with the same care that we employ on our own Community Forests, which total more than 38,000 acres. These woodlands are certified by the American Tree Farm System® and are also certified to Forest Stewardship Council™ standards. Some of our lands have been under our care and management since 1945.

Our forest management process begins by working with our consulting foresters—professionals trained in forestry and licensed by the state (in states where licensing programs exist)—to develop a management plan, which outlines our goals for each forest. In developing each plan, we strategize how we can best achieve our goals with multiple users and purposes in mind, including wildlife habitat management, water resources, recreation, cultural resources, and local economies.

These plans are updated approximately every 10 to 15 years, which provides us an opportunity to reevaluate our goals regularly, and to keep up with advances in forestry and ecology. NEFF meets the principles and criteria that describe how the forest is managed to meet the social, economic, ecological, and cultural needs of present and future generations.

When conducting harvests, we again collaborate with local consulting foresters. They represent our best interests as landowners, work with us to plan activities, and oversee the details of each harvest to ensure compliance above and beyond all relevant state, local, and federal environmental standards.

What financial benefits will I receive?

Landowners donating to the PTIF can likely claim a charitable tax deduction on their federal income tax returns for both the donation of the land to NEFF and the donation of the timber to the PTIF. The value of the donation to the PTIF is calculated from the timber value reduced by the expected income stream until the land passes on to the charity. These deductions can be taken in the year of the contribution and up to five succeeding years, subject to income-based limits on how much can be used each year.

This income is generated from timber harvests on all of the land in the PTIF and allocated based on shares assigned at the time of donation based on timber value. Using data from our own forest management history on Massachusetts-based forests owned by NEFF, we expect the rate of return before expenses on timber donations to the PTIF should range between 1.5 and 2.3% of the timber value per year. Distributions to beneficiaries will be based on revenues less expenses, and so are likely to be lower that these percentages. If the Pooled Timber Income Fund operates at a loss, there will be no distributions to beneficiaries, but also no liability to cover those losses on the part of beneficiaries.

What other conservation and planned giving options are available to me?

In addition to the PTIF, NEFF also works with landowners to protect their land through more traditional tools such as conservation easements that foster sustainable forest management and direct acquisition and stewardship of community forests.

Donations of woodland or other real estate, bequests, and planned giving also offer flexible and simple options to support New England Forestry Foundation’s conservation efforts while leaving a legacy. Each method of giving differs in the way it supports conservation and in its tax and other benefits to you and your family.

To talk with a NEFF staff member about your options, contact Sophie Anthony at 978-952-6856 x122 or santhony@newenglandforestry.org.

You can also make a tax-deductible contribution to NEFF via our online donation form, or by mailing a check to:

How can land trusts or non-profit organizations get involved?

Land trusts have the opportunity to lease timber into the fund for a set number of years—typically 30—and receive the same financial and conservation benefits as individual landowners. Unlike individual landowners, land trusts that join the PTIF retain ownership and recreational management of their property.

There are several advantages to land trusts leasing their land into the fund, including:

By joining the PTIF, land trusts can also demonstrate to individual landowners how the tool works and why it’s an effective way to protect land. Currently, The Nature Conservancy leases two of its properties to the PTIF and NEFF is leasing 11 of its own. Together, we can help the PTIF grow and increase conservation across New England.

How Do I Enroll?

In order to begin the process of enrolling your land in the Pooled Timber Income Fund, reach out to schedule a meeting with one of NEFF’s land protection professionals—see below for contact information. They will discuss your land with you, answer any questions you may have to make sure you understand all steps in the process, and ensure that your woodland is suited to enrollment in the PTIF. If you are interested in participating, NEFF will provide a disclosure document, trust agreement, and draft deeds for your review. There is no cost to the landowner for NEFF to prepare these documents, however, we do strongly recommend that you have your own counsel or financial advisor review them.

Once you have indicated that these documents are satisfactory, NEFF will conduct typical due diligence for a land transaction (ensuring clear title and boundaries, etc.).

At this point the landowner will need to obtain an appraisal that documents the value of the land and, separately, of the timber. NEFF will also commission an independent timber appraisal to ensure equity between donors to the PTIF. As long as your timber appraisal and NEFF’s are within 10 percent of one another, your number of shares in the PTIF will be based on your timber appraisal. Both parts of the appraisal will be needed to claim your income tax deductions.

With all the pieces in place, we will meet with you and your attorney to sign all documents and convey the property to NEFF and the PTIF. After accepting the gift, NEFF will provide a signed IRS Form 8283. You will receive quarterly statements from the PTIF and periodic distributions of revenue, as it comes into the fund.

Contact information: Please contact Sophie Anthony at 978-952-6856 x122 or santhony@newenglandforestry.org for more information or to schedule a meeting about enrolling in the PTIF. 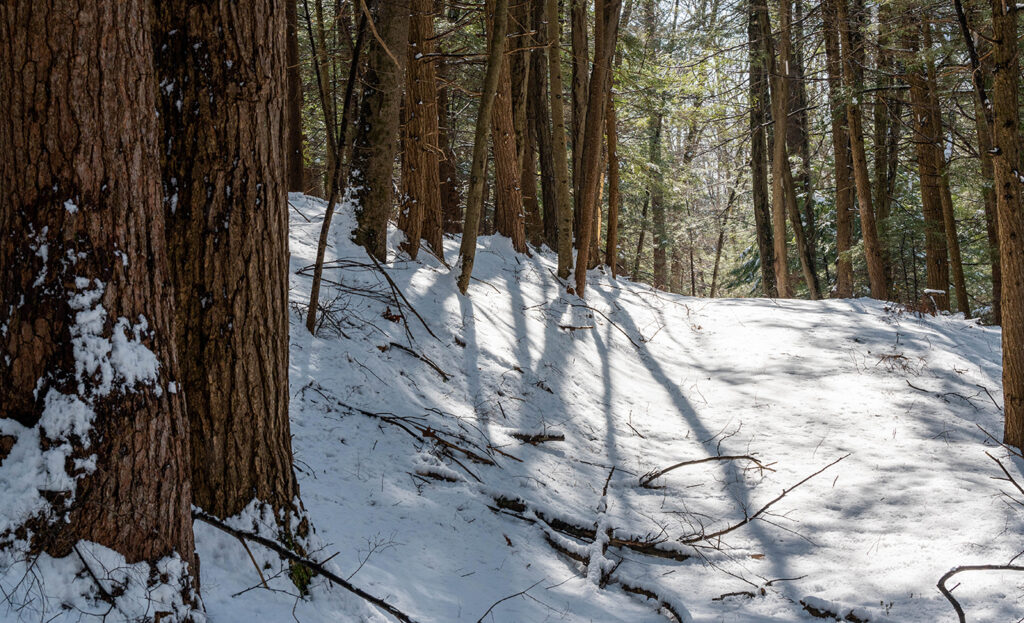 Donor Profile Featuring Dick and Cynthia Perkins | Writing by NEFF Communications Manager Tinsley Hunsdorfer Dick and Cynthia Perkins have spent decades appreciating, living alongside, and working to protect New England’s forests. Cynthia moved to Massachusetts from California in 1970, and first explored the region’s woodlands when she and her children went out searching for […] 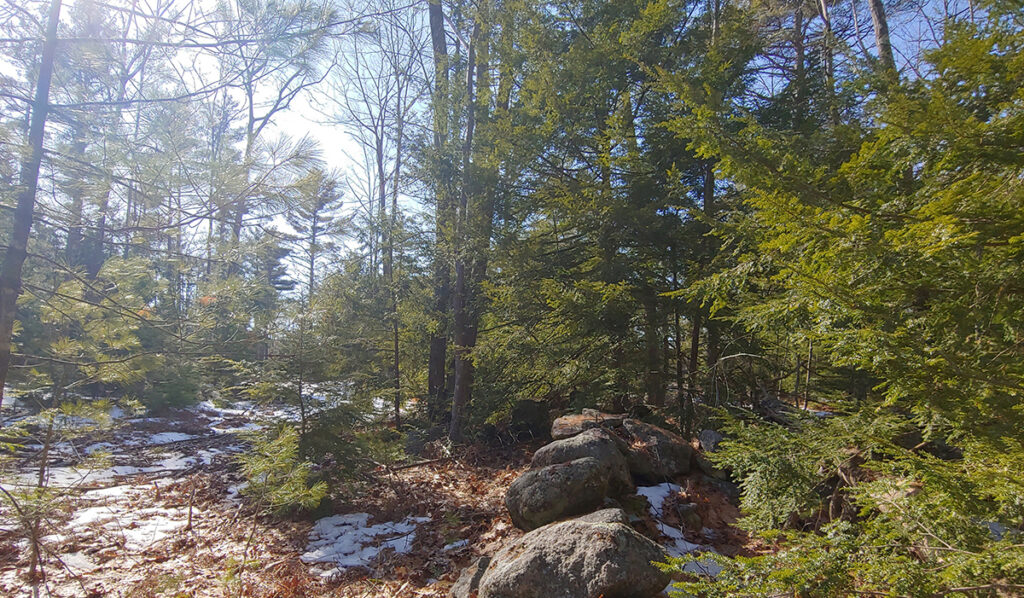 A unique conservation forestry program that could be a game-changer for New England’s private forest owners is growing with the recent donation of an 88-acre land parcel and its timber in Royalston, Mass. The New England Forestry Foundation’s Pooled Timber Income Fund (PTIF) received its first donation in late May from Richard and Cynthia Perkins, and through the PTIF, […] 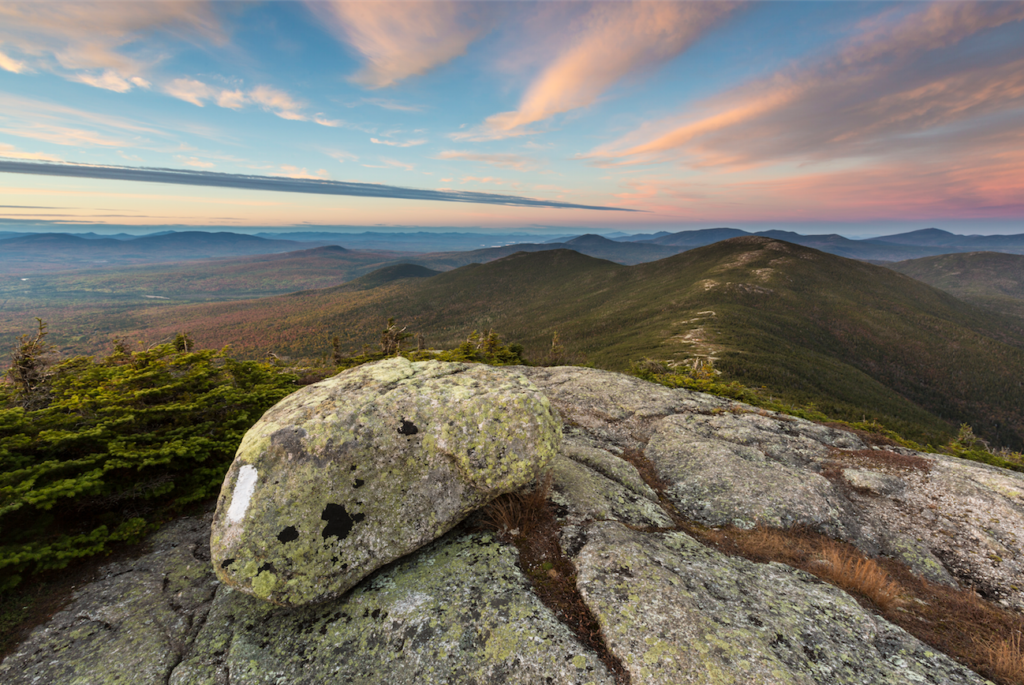 New England Forestry Foundation’s initiatives continue to drive forward innovation in conservation and sustainable forestry. Keep reading for three key programs’ progress reports from fiscal year 2017-2018. You can also get an in-depth update about our Build It With Wood initiative’s big year by clicking here. MassConn Landowner Outreach In 2017, NEFF and partner organizations […]

The New England Forestry Foundation has created a new and game-changing charitable giving option for sustainably minded forest owners. Called the Pooled Timber Income Fund (PTIF), it not only offers landowners the opportunity to permanently protect their forests while receiving lifetime income and tax benefits, but also expands the use of Exemplary Forestry practices and […] 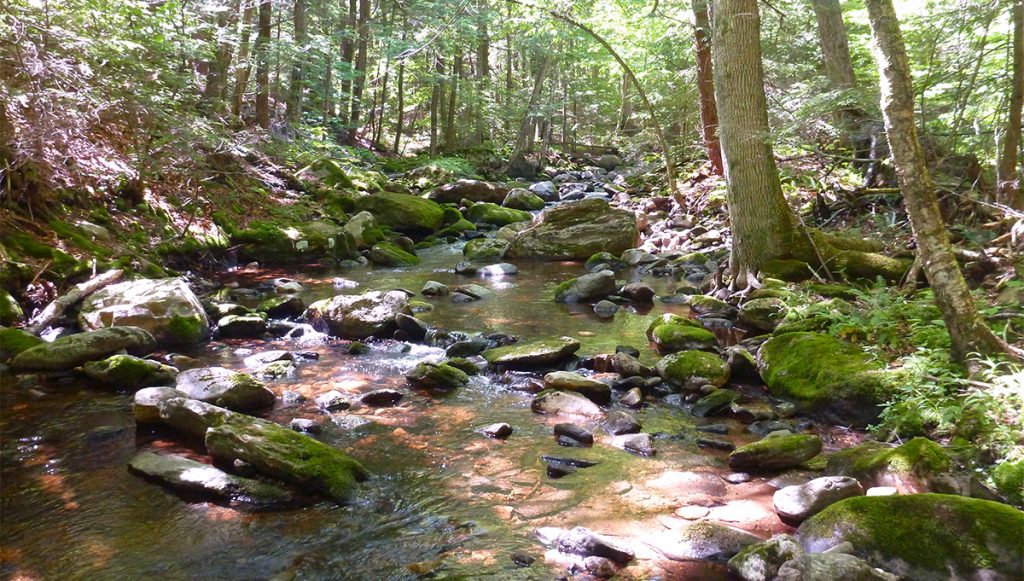 The New England Forestry Foundation has launched a unique charitable opportunity for New England’s private forest owners. Through the Pooled Timber Income Fund (PTIF), landowners can receive lifetime income while ensuring permanent protection for and responsible management of their forests. “When fund participants entrust us with their woodlands, they are guaranteed the gold standard of […]